A Frenchman In Katmandu

When I arrive in my new home, many of my habits are disrupted. It is forbidden to drink tap water and it is difficult to find toilet paper in the house. 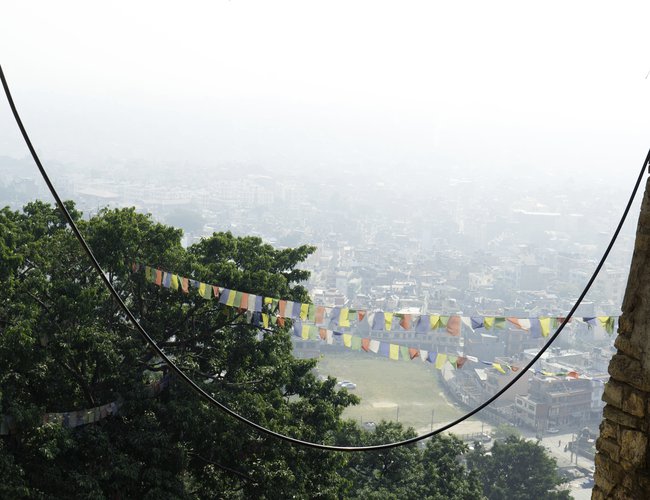 "It is through the most commonplace facts and gestures that you must try to identify a being, as if you were drawing him in broad strokes" French-American writer Marguerite Yourcenar said. Since I arrived in Nepal, I have been trying to put this maxim into practice. You understand a country and its people by observing the small actions of everyday life and comparing them to your own. Travelling is seeking a source of wonder and confronting one’s prejudices with those of other countries in order to better destroy them. I already know that in Nepal, I will not be disappointed - the sources of wonder are already flowing all around me. I arrived in Kathmandu perfectly ignorant but a virgin mind is certainly the best way to discover a place. My ignorance arouses my curiosity all the more, like a child who has discovered snow or the rhythm of the seasons for the first time. 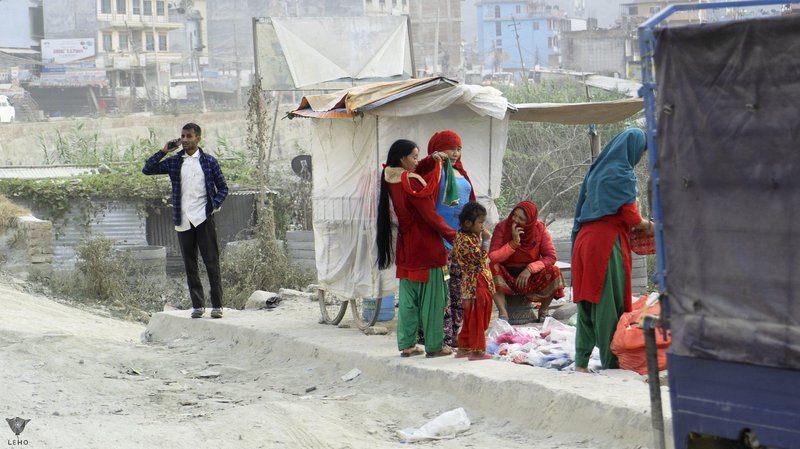 Katmandu on the way home

When I arrive in Kathmandu, the shock is big. Much bigger than I had imagined. I take a cab and watch from the window. I note that the driver has fun avoiding holes in the road. I see the ditch approaching dangerously close but he seems perfectly serene - he is certainly used to the condition of the roads. The landscape passes before me and I observe the population wandering in its occupations. I am surprised to find men more westernized than women. Women are dressed in brightly colored tunics, often red and decorated with gold gilding. Men, on the other hand, dress in a more European way - blue jeans and a t-shirt often sponsored by an American brand. On the way, I observe a number of stray dogs for whom the street is a playground. These intrepid four-legged animals certainly get pushed regularly but usually have the reflex of moving away from the road when a car approaches them too dangerously.

From home, I can observe the mountains and the cloud of pollution that hangs over our heads. So I have to buy an anti-pollution mask to protect myself from external particles. A slight discouragement seized me. This is the first time I have been so directly confronted with pollution. I then wonder about the state of the world and what human beings have done with it. A white deposit of dust covers windows and green plants. The fog reduces the magnificent view I should have of the mountains. Am I crazy to dream of seeing the mountains of Kathmandu? Am I crazy to hope that one day this smoke curtain will go away? Am I crazy to want to live in a healthy city without having to wear a mask? We are certainly crazy or at least unconscious for having allowed such cities to develop in this way. All of us, residents and organizers of the world show, are partly responsible for this damaged and polluted world that we leave behind us and in which we are now obliged to live. 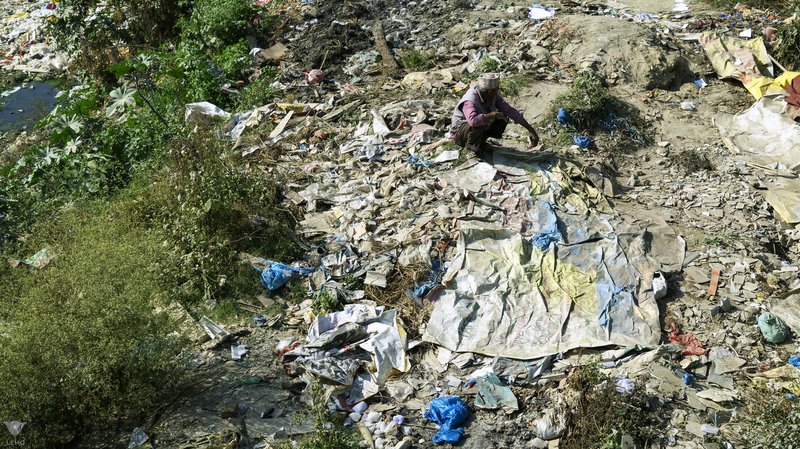 Kathmandu out of home

On the street, I am amazed by the kindness of the population. It seems deeply benevolent and welcoming. The people I come across know that they will probably never see me again. Their generosity is all the more authentic and touching. On the bus, complete strangers call us and offer their help. Never in France would a stranger behave this way. A Frenchman usually offers his help as a last resort if he sees a foreigner in distress, in danger or completely lost. Here, the locals are trying harder to make contact.

The streets of Kathmandu also betray the standard of living of the population. While walking around, I manage to observe some of the interiors of houses. They are bare, poorly decorated and particularly small. I was said that the average Nepalese lives on 9000 rupees per month. This is equivalent to 71 euros in France, i.e. a monthly subscription to public transport in Paris. Or a computer recharge. Or a meal for two in a good restaurant. For 71 euros, it would be absolutely impossible to pay any rent and even to feed your family. Even though I know that Nepal's standard of living is different from France’s, such a disparity strikes me! Kathmandu is indeed a city where poverty is omnipresent. And yet, the city reserves its share of surprises and challenges many preconceived ideas. I shared this widespread prejudice in Europe that poverty rhymes with insecurity. Katmandu has proven me wrong. Here, while I am surrounded by poverty, I feel safe and protected. It reminds me of South American comedian Trevor Noah who said "Being poor sucks, but being poor together makes it a lot better". The people of Kathmandu seem to have made the choice to stick together in the face of adversity. And in this, it is a beautiful life lesson that they give to the world.

It is in this human anthill that I write these few lines. I was hungry for discovery and it is already nourished by these last few days that I continue my walk in Nepal - nourished but not full yet.

Resilience And Poverty In Kathmandu: The Story Of An Encounter
Jan 03, 2020
A Brief Introduction To Osho’s Teachings In Nepal
Dec 22, 2019
Rebuilding Your Life After The Earthquake
Dec 05, 2019

Three Decades Of Engagement In Climate Negotiations By Batu Uprety 15 hours, 15 minutes ago

Nepal's Over Dependency And Sluggish Development By Hari Prasad Shrestha 4 days, 17 hours ago