Rebuilding Your Life After The Earthquake

The earthquake will finally have had one merit. It showed the world the immense resilience of an entire population.

The earthquake will finally have had one merit. It showed the world the immense resilience of an entire population.

I arrived in Kathmandu without realizing the damage left by the 2015 earthquake. I often feel that everything around me is collapsing but Kathmandu reminded me that the people had gone through this ordeal not metaphorically but literally.

Soon, I heard about Leela through the Volunteers Initiative Nepal (VIN) association, which helps the family rebuild their house. Before meeting him, my apprehension is immense. I can imagine the hell this man and his family had to go through. 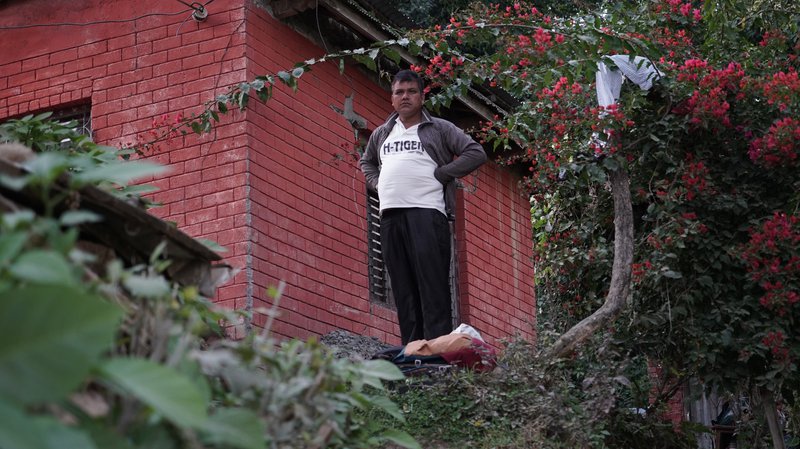 On the way, I listen to I Feel The Earth Move by American singer Carole King. Carole King uses the metaphor of an earthquake to image her heartbeat in front of her lover. The song is a great declaration of love. Even if I have always understood the text metaphorically, it takes on another dimension here. I am sure that all the victims of the earthquake would understand the text literally. So I try to put myself in the shoes of this man who thought he and his family had lost everything, who saw his house collapse, his savings go up in smoke and who has spent the last few years not living but surviving.

"I feel the earth move under my feet

I feel the sky tumbling down

I feel my heart start to trembling

Whenever you're around" the song says.

You is no longer addressing a lover but the earthquake itself. The song's jerky beat reminds us of the tremors and movements of the ground. The sky that falls on the head is no longer the vertigo of the woman in love but the expression of nature falling on the population. The earth moves under their feet as if it would engulf them entirely. The heart trembles not with passion but with terror.

What can go through your head when such a disaster occurs suddenly? I'm about to find out.

When I arrive, the man is warm, welcoming and smiling. We settle in a quieter place, cradled by the songs of the cicadas that welcome us as warmly as the rest of the family. The man is in his forties and does not speak English. With the help of Site Manager Deepak, the interview begins. I ask him my questions in English and Deepak translates them into Nepalese. The man seems serene, yet he has previously refused several requests for interviews. I think it is hard to go back to an episode that is so traumatic and that brings back many fears, anxieties and bad memories.

The 2015 earthquake left an indelible mark on the country, not only tangible but also intangible. If the damage is still visible when walking around Kathmandu and the surrounding area, what about the psychological damage in the minds of the people? Since 2015, the population has been able to "digest" what has happened. For several weeks or even months after the disaster, many Nepalese are still sleeping in their cellars or in makeshift accommodation while waiting for their homes to be rebuilt.

This is the case of Leela, for whom the most important thing remains his family, whom he immediately thought of when the earthquake struck. He now has only one idea in mind: rebuilding a house that allows his family to live in safety. With the help of local and international volunteers, the project is underway. Leela is confident, he doesn't believe a second earthquake might happen. His belief is similar to a form of denial for me, but I prefer not to say anything. Neither mention the scientists' statements, nor mention the dozens of reports on the subject, or mention the fact that the city is located in a tectonic zone "at risk". This is probably part of what doctors call "traumatic shock", denial being a way to reassure yourself and to continue to live quietly without worry.

The Nepalese soil is a single fragile and always in motion. Houses are often rebuilt here in such a way that they do not resist the damage that will be inflicted on them. Here they use bamboo, wood and light tiles... This makes it easier to rebuild houses. This image is well suited to the Nepalese people. Even when nature has been violent to them, their ability to bounce back and rebuild despite the hardships is infinite. The earthquake will finally have had one merit. It showed the world the immense resilience of an entire people.

To support families like Leela’s, you can donate time, money or skills to VIN