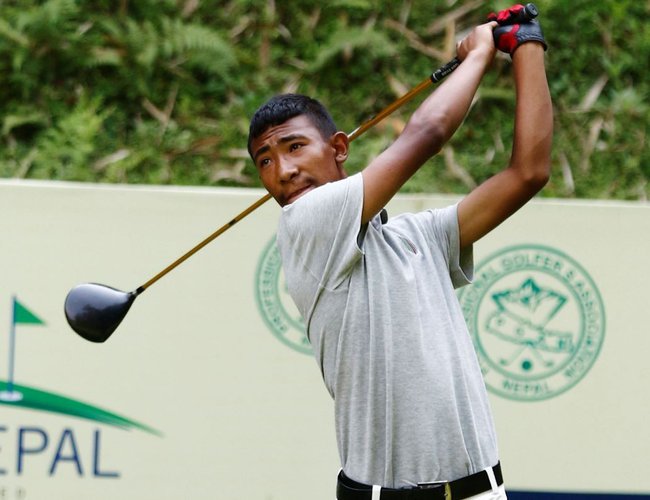 Although Nepalese players have been adding the gold medals, they are now too far from India in medal tally. Nepal’s Subash Tamang, 17, has bagged gold in men’s individual and team event of golf, in the 13th South Asian Games (SAG).

In the match held in Gokarna, Tamang had scored 274 pars in 14 holes. Along with Tamang’s win the gold medal count of Nepal has reached 39.

Tamang had defeated Mohammad Farhad of Bangladesh. Tamang is the youngest participant of Nepal to win two gold medals. Sukra Bahadur Rai, Tanka Bahadur Karki and Niraj Tamang had played alongside Tamang in the team event of golf. 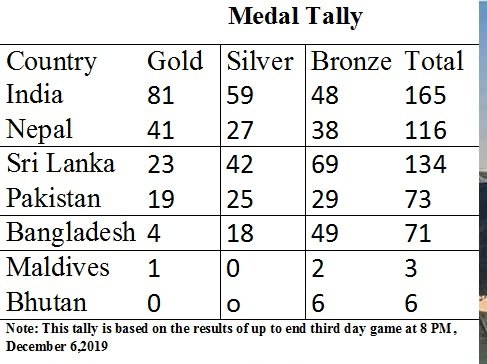 As was expected, India is leading the medal tally at the ongoing 13th South Asian Games with a total of 165 medals including 81 gold, 59 Silver and 48 bronze at the 8 PM fifth day.

Nepal, who dominated the medal table till Wednesday midday, is currently trailing behind with41 gold, 27 silver, and 38 bronze medals. However, Nepal surpassed its previous 31-gold-record (1999) on Thursday.

Sri Lanka, Pakistan, Bangladesh and Maldives have secured 23, 19, 4 and 1 gold respectively while Bhutan is yet to score one.

Tiger Woods Seriously Injured In A Car Accident By Agencies 2 days, 15 hours ago