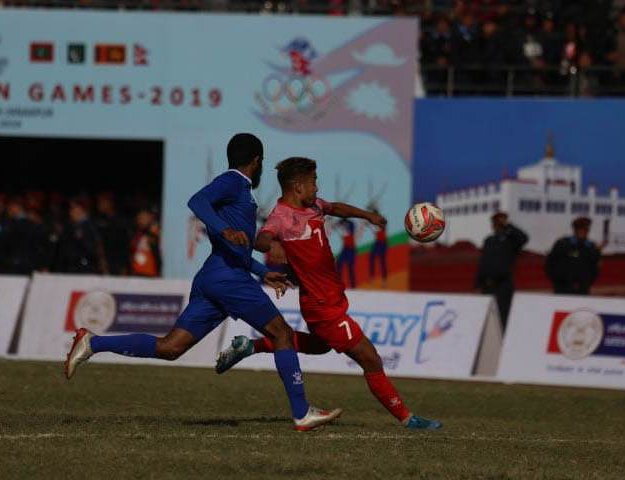 Thanks to the equalizer goal in 43 minutes by Abhshek Rijal and second goal by Ananta Tamang in the 51 minutes, Nepal has defeated the Maldives in the South Asian Games’ football match held at the Dashrath Stadium in Kathmandu.

Although Maldives had taken a lead early in the game through a goal Ibrahim Hussain in the 17th minute, Nepalese team has dominated the game. With two goals in a matter of seven minutes, Nepalese have shown confidence in the game dominating throughout the match.

After winning the match, Nepal has taken the top spot replacing Bhutan in the score table with seven points from three games. Nepal will now face Bangladesh for its final game in the league.