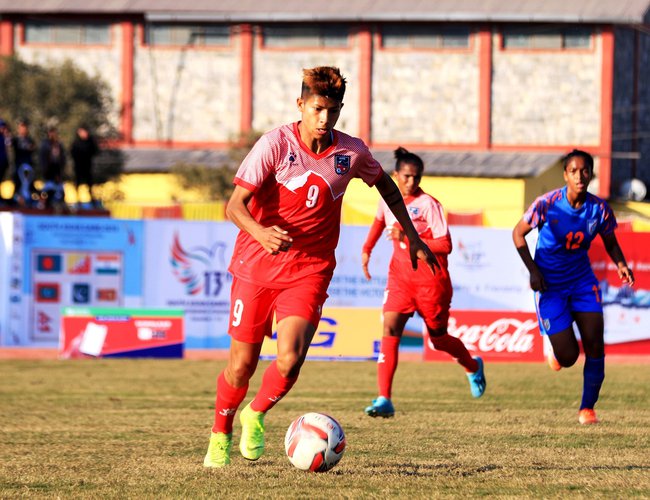 Nepal lost to India 1-0 in the final match of women's football under the 13th South Asian Games underway at the Pokhara Stadium in Kaski district on Saturday.

However, both the teams have made it to the finals based on scores. They will compete again for a gold medal on December 9.

For India, N.Ji. Bala Devi's goal in the 18th minute turned out to be a decisive goal. She used a header to score the goal from a corner kick by Dengmi Grenas.

With this win, India has got nine points becoming winner of the group while Nepal has secured six points becoming the first-runner up. Earlier, Nepal won two matches and lost one in the tournament.

Likewise, the Maldives beat Sri Lanka 2-1 in a match played for third position in the tournament.

Nepal, India, Maldives and Sri Lanka have taken part in the tournament tht started from December 3.

Tiger Woods Seriously Injured In A Car Accident By Agencies 10 hours, 33 minutes ago