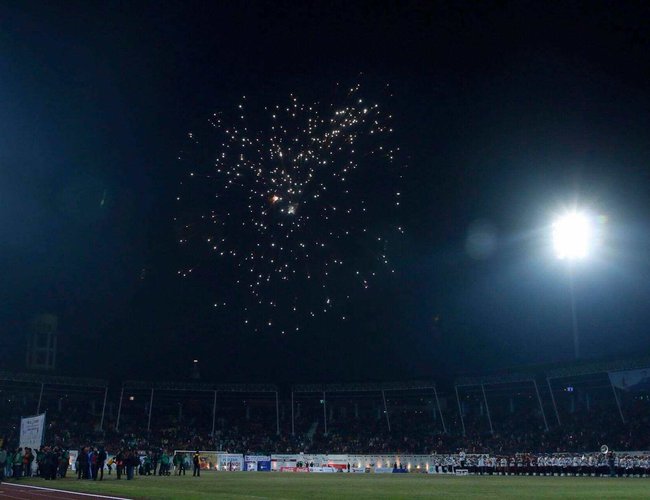 The organizer also announces that 14th SAG will be held in Pakistan.

Although Prime Minister K.P. Sharma Oli cannot attend the inaugural ceremony due to health, he addressed the players through video today. In his video message, prime minister Oli has said that the SAG helped to strengthen unity and friendship among the south Asian countries. He also thanked all the persons who involved in making South Asian Games a grand success.

The thirteenth SAG remains one of the most successful tournaments for Nepal as Nepal secured 51 gold, 59 silver, and 92 bronze. Nepal retained the second position in achieving the highest gold medal in the tournament. Nepal secured 31 gold in eighth SAG.

India Provides Grant For The Construction Of New School Building In Butwal By NEW SPOTLIGHT ONLINE 1 day, 3 hours ago

Chanda Led Maoist And The Government To Hold Talks By NEW SPOTLIGHT ONLINE 2 days, 17 hours ago