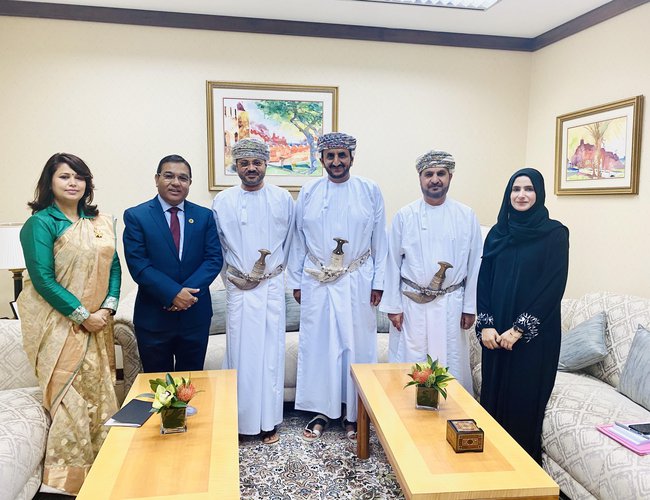 Foreign Secretary Shanker Das Bairagi stated that Nepal has a very good legal and regulatory architecture for foreign investment, and shared Nepal’s willingness to forge a strong economic partnership with Oman for the development of infrastructures, energy and other sectors in Nepal.

Secretary Bairgai underscored that the conclusion of MoUs on labor, tourism cooperation and visa waiver for the holders of diplomatic and official passports would further enhance the ties between the two countries.

Secretary Bairagi also hoped that the two countries would soon convene the meeting of a bilateral consultation mechanism. Establishing a permanent diplomatic presence in Nepal by Oman would further contribute to our friendly relations, said the Foreign Secretary. The Foreign Secretary also admired the peace, stability, progress, and development of Oman.

Receiving Bairagi in his office, Badr bin Hamad bin HamoodAlbusaidi, Secretary-General of the Ministry of Foreign Affairs of the Sultanate of Oman, recalled the visit to Oman by the then Prime Minister of Nepal in 2017. He responded positively to the proposal to enhance bilateral economic partnerships and promote investment from Oman in Nepal. 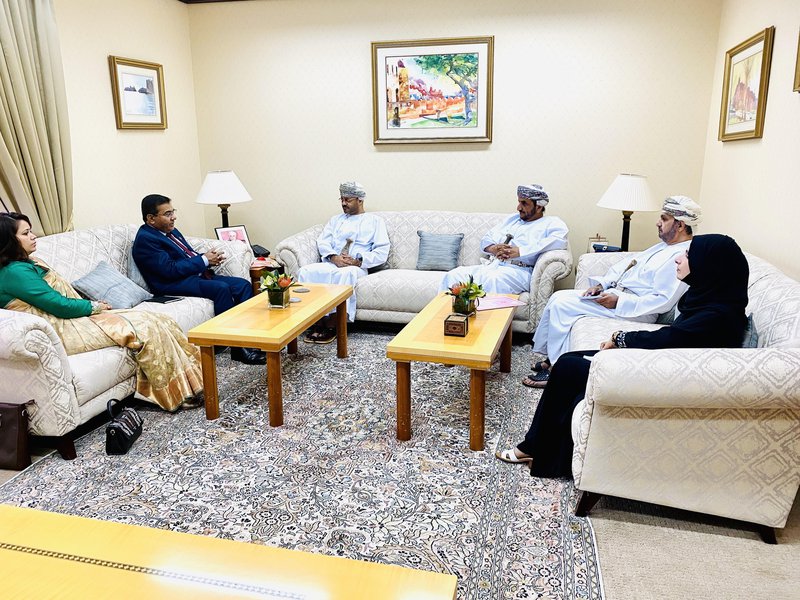 Foreign Secretary Bairagi had a meeting with Badr bin Hamad bin Hamood Albusaidi, Secretary-General of the Ministry of Foreign Affairs of the Sultanate of Oman this morning in Muscat. In a friendly atmosphere, they discussed a wide range of issues pertaining to the promotion of bilateral relations.

Expressing happiness over the cordial relations existing between the two countries, they underlined the importance of exchanging high-level visits for strengthening bilateral relations.

While Bairgai was accompanied by Sharmila Parajuli Dhakal, Ambassador of Nepal to the Sultanate of Oman Badr bin Hamad bin Hamood Albusaidi was accompanied by Khalifa bin Ali bin Issa Alharthy, Undersecretary of Diplomatic Affairs and Sheikh Hilal bin Marhoon Al-Maamari, Head of West Asia Department of the Ministry of Foreign Affairs of the Sultanate of Oman during the meeting.

The United States In Partnership With ADB Completes Two Secondary Schools In Kathmandu By NEW SPOTLIGHT ONLINE 18 hours, 9 minutes ago

Chanda Led Maoist And The Government To Hold Talks By NEW SPOTLIGHT ONLINE 5 days, 2 hours ago