Pakistan Court Hands Down Death Penalty To A Scholar For Blasphemy

Pakistani Court Orders Death Penalty To A Scholar For Blasphemy 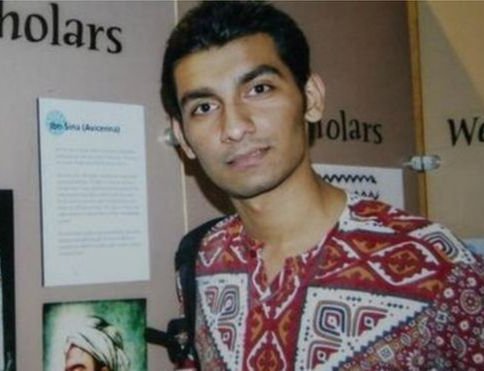 A Pakistani anti-terrorism court on Saturday sentenced a liberal scholar and former university lecturer to death on blasphemy charges.

In 2013, Junaid Hafeez was accused by students at the university where he taught of making blasphemous Facebook posts. Insulting Islam's Prophet Mohammad carries a mandatory death penalty in Pakistan, which is about 95 percent Muslim.

Scholar Hafeez had quit his studies at Pakistan's top medical college to pursue a passion for art and literature.

His lawyers say he was framed by students from an extremist Islamist party for his liberal and secular views and this month a US religious freedom commission placed Hafeez on its list of global victims.

"He [Junaid Hafeez] shall be hanged by the neck till his death subject to its confirmation by the honorable high court," a court order stated.

His defense lawyer Asad Jamal said he would appeal against the ruling in a higher court.

"There can't be a fair trial in blasphemy cases in Pakistan," Jamal told Reuters. "We have a spineless system. No one can stand up to a blasphemy charge."

Hafeez, who quit his studies at Pakistan's top medical college to pursue a passion for art and literature, secured a Fulbright scholarship and attended Jackson State University where he majored in American literature, photography, and theatre.

The trial was held in a prison in the central Pakistan city of Multan under tight security due to threats to Hafeez's family and his lawyer.

US: Troops In Afghanistan To Withdraw By September 11 By Agencies 8 hours, 31 minutes ago