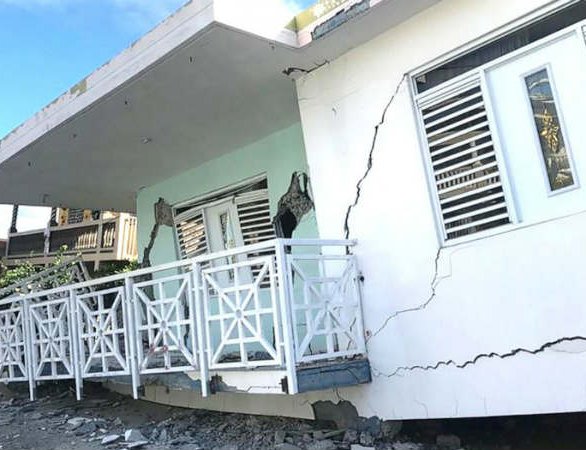 Just a day after a 5.8 Magnitude earthquake struck Puerto Rico, another earthquake of 6.4-magnitude has jolted the region once again. The quake hit at 4:24 am (local time) about 10 km south of Indios in Puerto Rico.

As per reports, there has been damage to homes along with a church, however, so far, no injuries have been reported yet.

There was also power outage on a widespread scale across the island, as an auto protective mechanism was activated by its power plants, the Puerto Rico Electric Power Authority stated.

The Governor of Puerto Rico, Wanda Vazquez Garced has requested citizens to remain calm and stay safe via Twitter. As per the US National Tsunami Warning centre, there is no threat of a Tsunami after the quake.

The magnitude of the quake was initially recorded as 6.6, but was downgraded thereafter. There has been hundreds of small quakes, for the nation of Puerto Rico, as per the data from USGS, right from 4.7 to 5.8 of Sunday.

As per geologists, there are chances of more aftershocks and tremors, after the quake as USGS stated that whenever there are more quakes, the chances of a bigger earthquake increase, meaning that damage potential is higher.

Monday had seen the 5.8 magnitude quake over the same region which had resulted in a house collapse in Guayanilla and caused rick slides.

Over 10 Reportedly Killed In Myanmar Protests By NEW SPOTLIGHT ONLINE 2 days, 16 hours ago

Elections Is Just A Month Away: Alliance Is Making Is Making By Agencies 5 days, 15 hours ago

US Carries out Airstrikes In Syria By Agencies 5 days, 15 hours ago