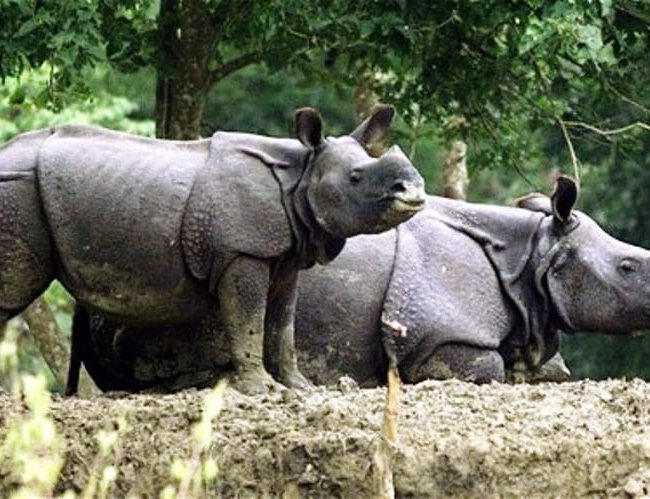 Ten rhinos in the Chitwan National Park (CNP) and the national forest area have died from natural causes in the past six months alone.

RSS reports that a rhino was found dead at Bhaluwai river of Bankatta in Madi area recently.

The CNP has received information of the incident, and a technical team has been sent to the incident area for a postmortem, said CNP's information officer Gopal Ghimire, adding that the dead rhino was under surveillance since it was found injured.

Forty three rhinos had died from natural causes in the last year. The CNP alone houses 605 rhinos of the total 645 recorded across the country, according to the latest census.