Badminton Rackets Handed Over To The Nepal Badminton Association

Badminton Rackets Handed Over To The Nepal Badminton Association 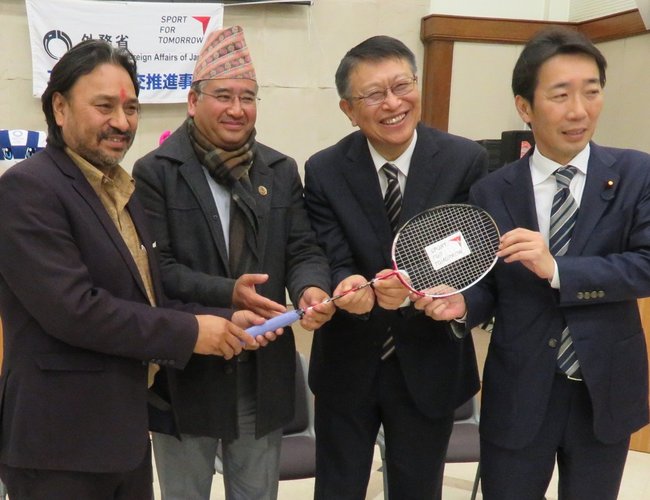 Parliamentary Vice-Minister for Foreign Affairs of Japan Norihiro Nakayama handed over the badminton rackets to the President of Nepal Badminton Association (NBA), Ramji Bahadur Shrestha at a ceremony organized by the Embassy, as a kick-off promotion event of Tokyo 2020 Olympics and Paralympic Games.

The total of 80 badminton rackets for Nepal were donated to NBA by the Nippon Badminton Association, in Japan. It is a part of the Japanese Government's "SPORT FOR TOMORROW" scheme.

Badminton is one of the popular sports in Nepal and enjoys by many people all over the country. The NBA conducts trainings and tournaments for the aspiring Nepali players. International tournaments are also organized frequently in Nepal.

Japanese government would like to support sports activities in Nepal and hopes that such contributions may help enhance cordial relations between the people of Japan and Nepal.