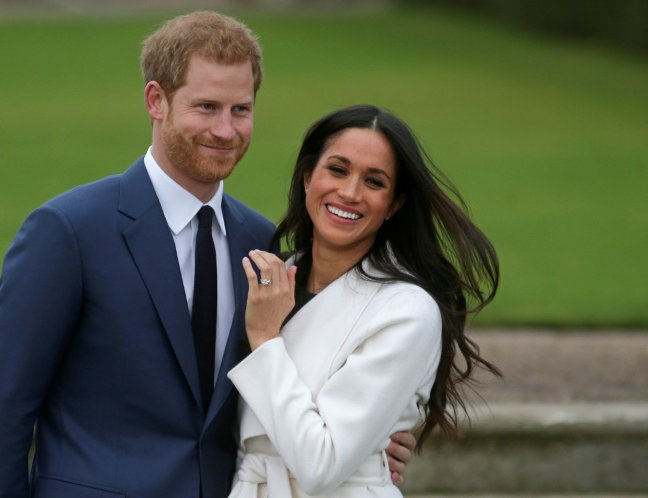 Britain's Prince Harry and his wife Meghan have issued a legal warning over photographs of the duchess out walking her dogs in Canada, British media reported Tuesday.

The couple have given up their royal roles in search of a more private life, in a bombshell move that has rocked the monarchy.

The Duke and Duchess of Sussex have moved to Vancouver Island for a fresh start, with 35-year-old Harry flying out of London to join Meghan and their eight-month-old son Archie.

According to the BBC, Sky News television and The Guardian newspaper, the couple's lawyers have put out warning over pictures of Meghan out walking on the Pacific coast island with Archie and two dogs.

The pictures were used by The Sun and the Daily Mail newspapers.

Lawyers claimed the images were taken by photographers hiding in bushes and spying on the US former television actress, the BBC said.

They say she did not consent, accusing the photographers of harassment and are prepared to take legal action, the BBC added.

The lawyers claim there have been attempts to photograph inside their Vancouver Island home using long lenses, and say paparazzi are camped outside the property.

Harry's mother, Diana, princess of Wales, was killed in a high-speed car crash in Paris in 1997 as she tried to escape pursuing paparazzi.

Harry admitted in an interview last year that the sound of cameras was a constant reminder of her and has coloured his opinion of the media.

He and Meghan, who married in May 2018, admitted last year that they were struggling in the spotlight and have regularly hit out at the press with statements and in the courts.

The prince said in October that Meghan had become the victim of a British tabloid press waging a "ruthless" campaign of "relentless propaganda" against her which was "knowingly false and malicious".

The press had "vilified her almost daily" with "lie after lie at her expense", he said, calling it bullying which "destroys lives".

In a parting shot on Sunday, Harry said: "The media is a powerful force, and my hope is one day our collective support for each other can be more powerful".

The Sun's front page Tuesday showed a smiling Meghan, 38, out walking in the woods.

In its editorial, the tabloid said it was nonsense to suggest the couple had been forced out of the country to avoid media "dark forces".

"It is sheer paranoia to say the press has done anything but legitimately scrutinise a publicly-funded couple," it said.

"And the reality is they do not want to avoid media. They want to avoid criticism. Indeed they crave media attention if it meekly writes their PR puff pieces."

Over 10 Reportedly Killed In Myanmar Protests By NEW SPOTLIGHT ONLINE 5 days, 22 hours ago