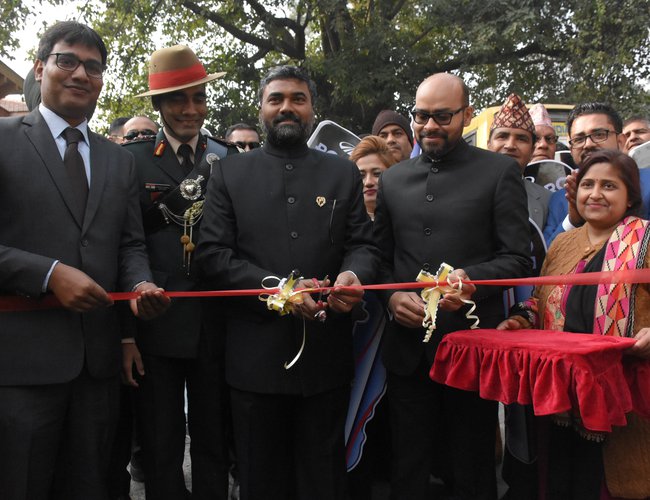 The 71st Republic Day of India was celebrated at the Embassy of India in Kathmandu on January 26, 2020. The celebrations began with hoisting of the national flag by Charge d’ Affaires (Cd’A) Dr. Ajay Kumar who then read out the message of the President of India for the occasion.

The Cd’A felicitated 01 Veer Nari, 08 widows and 05 next of kins of deceased soldiers by disbursing their dues worth NPR 5.97 Crore and a blanket to each.

The Embassy gifted books to 51 libraries and educational institutions spread across all the provinces of Nepal. The Embassy also gifted 30 ambulances and 06 buses to various hospitals, non-profit charitable organizations and educational institutions of Nepal thereby reaffirming Government of India’s commitment to partner with Nepal in its journey towards socio-economic development.

The Government of India has so far gifted 782 ambulances and 154 buses to various hospitals, non-profit charitable organizations and educational institutions of 77 districts in Nepal, expanding healthcare access for thousands of Nepali people and serving to the educational needs of the thousands of students.

The 71st Republic Day of India celebrations were attended by members of the Indian community in Nepal and friends of India apart from Embassy officials and their families. The celebrations witnessed rendition of patriotic songs by students of Swami Vivekananda Cultural Centre, Kathmandu, Kendriya Vidyalaya and Modern Indian School. The ceremony concluded with a mesmerizing performance by the Nepal Army Band.

Later in the day, the Cd’A hosted a reception at India House. Vice President of Nepal Nanda Bahadur Pun graced the occasion as the Chief Guest. The event was attended by more than 1500 dignitaries, including senior political leaders & public personalities. 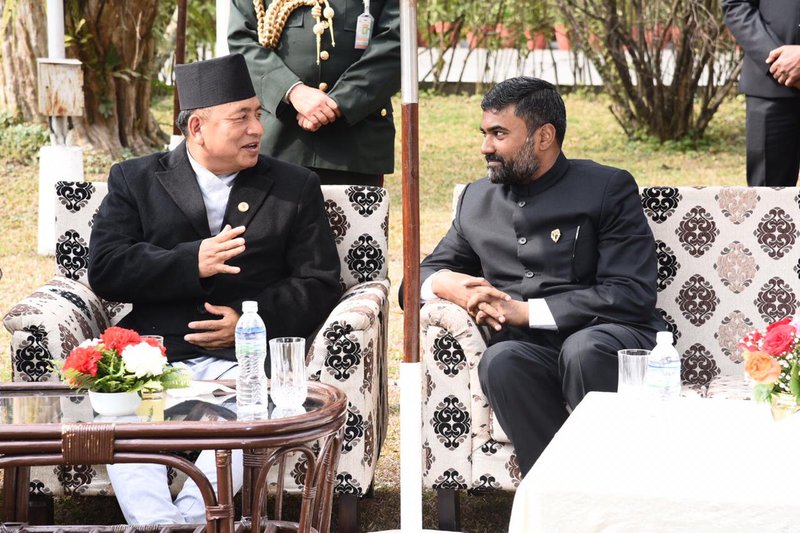 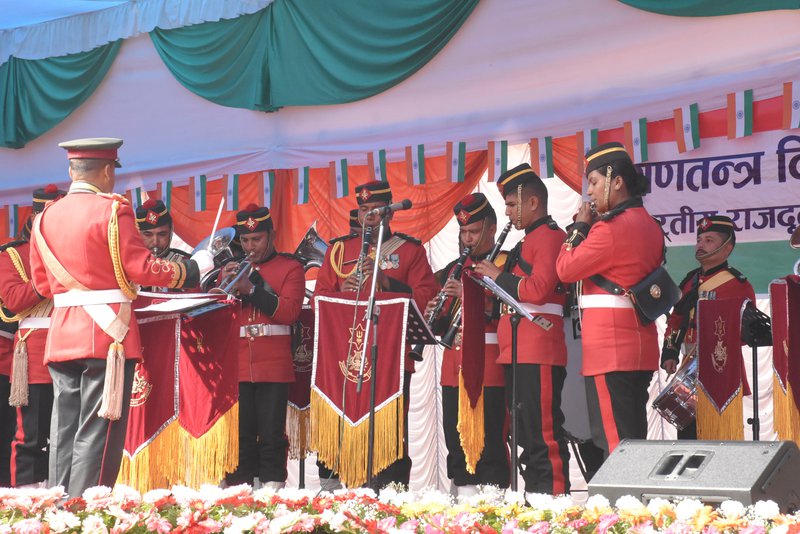 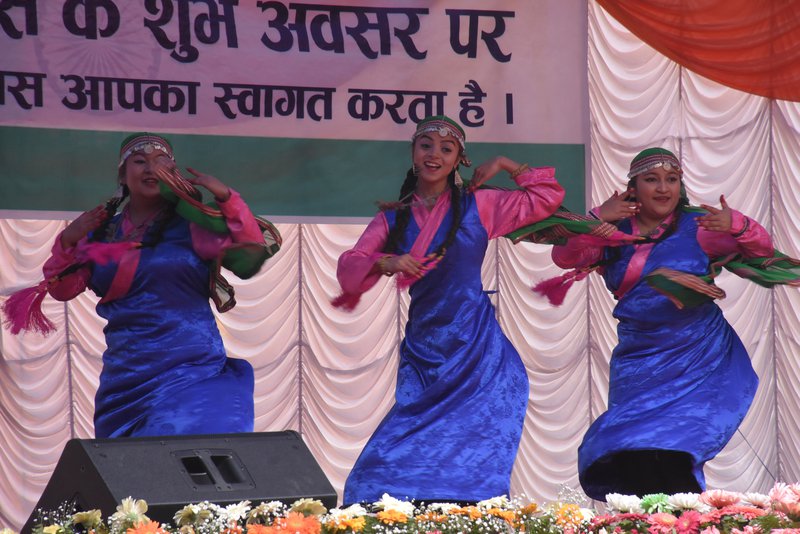 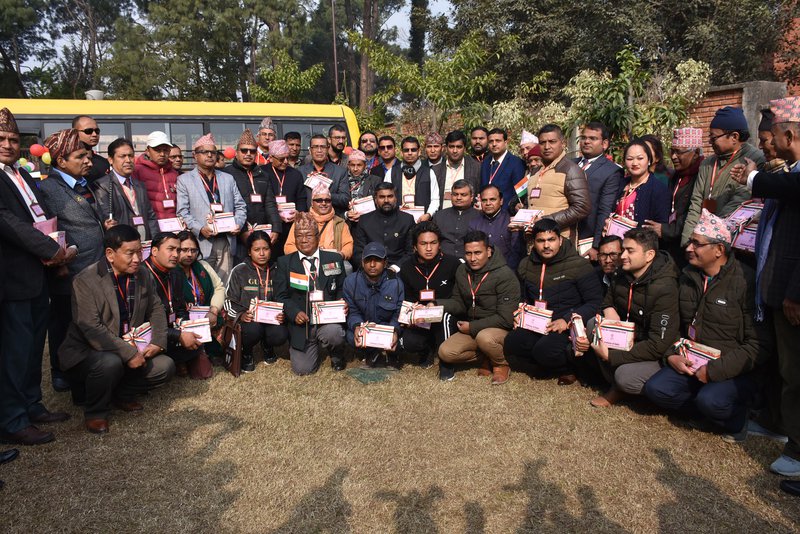 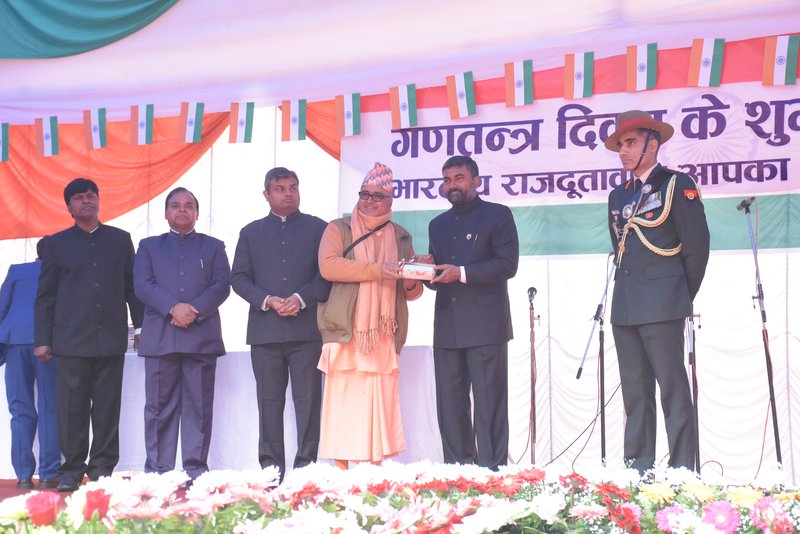 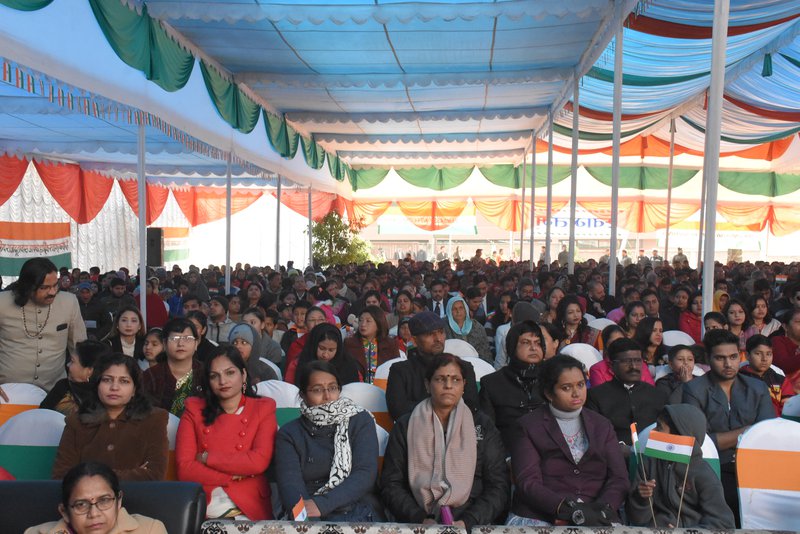 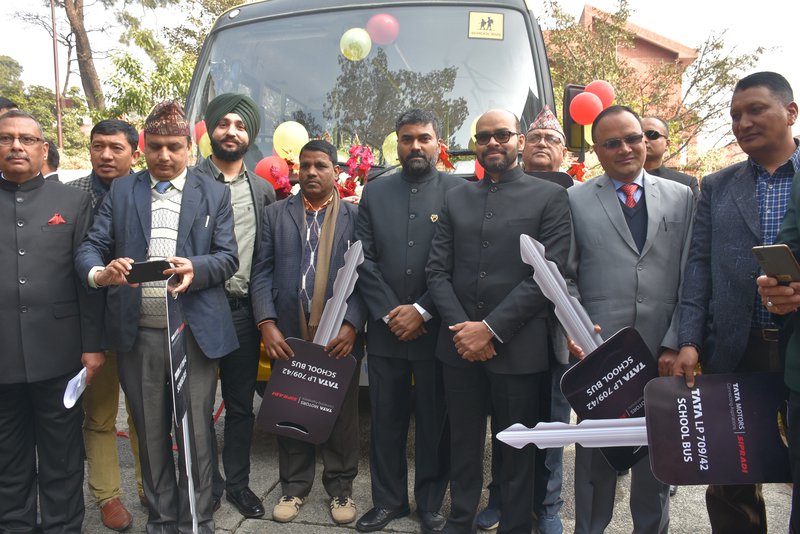