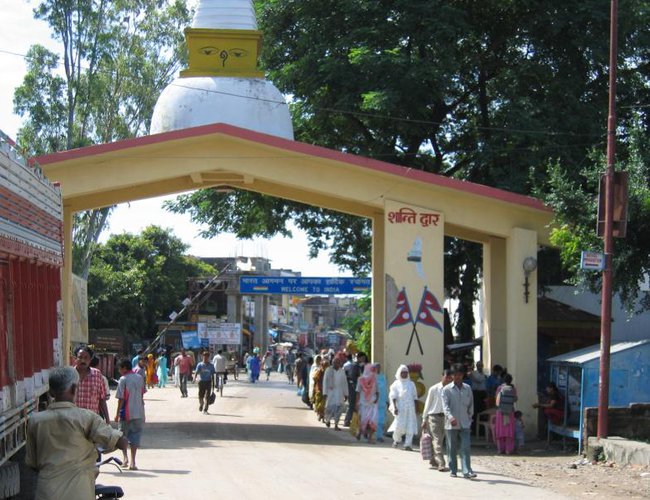 Following the detection of Coronavirus in Nepal, India is establishing screening center at the border with Nepal. Alarmed by the people with infections in China, India also issued Saturday a new travel advisory asking citizens to avoid all “non-essential travel” to China.

The death toll in China’s rapidly spreading novel coronavirus has climbed to 56, with authorities in the hard-hit central Chinese Hubei province on Sunday reporting 13 new fatalities and 323 new confirmed cases, pushing the countrywide total to 1985.

The updated toll also marked a steady rise in the cases reported from Beijing and Shanghai, which stood at 51 and 40 respectively. The national health commission (NHC) said it has a record of 1757 confirmed cases of the virus reported from across 30 Chinese provinces, autonomous regions and municipalities.

At least 324 severe cases were reported until Saturday midnight; in all, there were 2684 suspected cases.

The surge in number of coronavirus cases comes in the backdrop of US, France and Russia on Saturday moving to evacuate their citizens, while India is believed to have reached out to Beijing to do the same and help those stranded in Wuhan to leave the central Chinese city, which is the epicenter of the novel coronavirus (nCoV) outbreak.

The evacuation plans come as Chinese President Xi Jinping warned on Saturday that the situation had become “grave” given the “accelerating spread” of the virus across the country, which has now put as many as 18 cities under an unprecedented lockdown – including Wuhan where policemen were seen turning cars back from city borders.

Health Min assures Uttarakhand CM help in nCoV screening at Nepal border New Delhi, Jan 25 (UNI) Union Minister of Health & Family Welfare Harsh Vardhan on Saturday assured all support to the Chief Minister of Uttarakhand for screening at the border with Nepal, where a confirmed Novel Coronavirus (nCoV) case has been reported and asked passengers who have travelled to China since January 1, 2020 to self-report to the nearest health facility if they experience any fever-related symptoms.

While no nCoV case has been detected in the country so far, however, 11 people have been put under observation, of whom samples of four passengers have been confirmed to be negative for nCoV by the ICMR-NIV Pune lab. The union minister held a high-level review meeting with senior officers of the Health Ministry, ICMR and NCDC in the national capital to monitor the current situation.

Checking persons at airports alone is not a foolproof measure to check entry of the deadly corona virus into the country. To be absolutely sure, it is essential to establish screening camps at the open Indo-Nepal border,” said city-based paediatrician RN Singh, who known for launching a campaign against encephalitis.

“It is well known that a large number of travelers, tourists and Lord Buddha followers visit India from Nepal. The risk is high as most of them come from affected countries like China. The health check posts along the porous border will screen them for infection and isolate or keep them under observation during their stay here in India. Till now, there is no such check on these entries. It can cause an epidemic if overlooked,” he said.

An alert has been sounded at the Lal Bahadur Shashtri International Airport, Varanasi, on Saturday, in view of the viral outbreak in China. A team of doctors has been deployed at the airport for screening passengers coming from foreign countries, especially China, where cases and fatalities related to corona virus have been reported.

LBS airport director Akashdeep Mathur said, “Preventive measures have been taken and passengers (coming from foreign countries) are being screened by a team of medical experts as a preventive measure.”

Tens of millions of people in Hubei province are under lockdown as the government races to contain the disease – more cities and millions more are likely to come under civil and passenger movement-related restrictions.

The President Xi on Saturday chaired a meeting of the Communist Party of China’s (CPC) politburo standing committee – comprising the top seven leaders in the country – on the prevention and control of the pneumonia outbreak. The panel decided to set up a CPC Central Committee leading group to oversee the work.The meeting made further study of new arrangements to facilitate treatment of patients.

Groups will be sent to Hubei province to direct work on the ground, according to the meeting, official news agency, Xinhua reported.

“Life is of paramount importance. When an epidemic breaks out, a command is issued. It is our responsibility to prevent and control it,” Xi said, ordering CPC committees and governments at all levels to take novel coronavirus outbreak prevention and control as their top priority.

Officials announced Saturday that a second Sars treatment-model makeshift hospital will be built half a month’s time. The hospital, named Leishenshan Hospital, is expected to add around 1,000 beds for the patients, according to the Wuhan headquarters for the control and treatment of pneumonia caused by the novel coronavirus.

Earlier on Friday, the city announced it would follow Beijing’s SARS treatment model to build and put into use a 25,000 square-meter special hospital with 1,000 beds for admitting patients infected in the outbreak of pneumonia caused by the novel coronavirus by February 3.

Reports based on The Hindustan Times