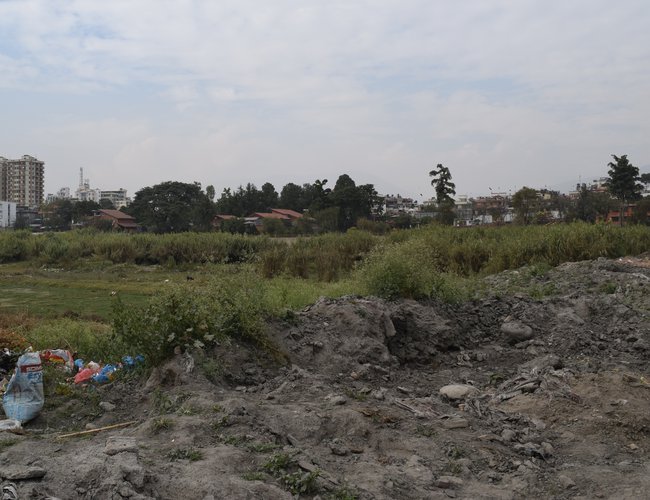 The CIB has submitted its investigation report on of Lalita Niwas land scam Friday recommending actions against perpetrators reported The Rising Nepal.

According to a press statement issued by the CIB, the report was submitted to the Ministry of Home Affairs and Nepal Police Headquarters on Friday.

The report has mainly The government has barred transactions of the 112 ropanis (5.69 hectare) of land after it was revealed that all the plots there were transferred illegally by Subedi, Dhakal and Gurung in collusion with officials at Dilli Bazar Land Revenue Office and the District Land Reform and Survey Office.

Superintendent of Police and spokesperson at CIB Bel Bahadur Pandey, the report has mainly recommended action under forgery, fraud and corruption charges against those involved in the scam.

“We have basically conducted an investigation on 112 ropanis land area of Lalita Niwas premises, and the illegal processes about how the government land was registered in the name of individuals,” SP Bel Bahadur Pandey told to The Rising Nepal.

According a report in daily, in 1991 Subarna Shumsher’s grandson Rukma Shumsher Rana had filed an application at the Land Revenue Office seeking the return of additional 112 ropanis land (5.69 hectare). The Land Revenue Officer, without informing the government, transferred the demanded land which was under the supervision of Sumer Jung Adda (a ceremonial unit of the Nepali Army) to Subarna Shumsher’s son Rukma Shumsher and grandson Hemdary Sumsher.

The paper reports that the case went unnoticed for quite a while, however, the controversy resurfaced when Advocate Yubaraj Koirala realised that documents related to the case had gone missing from the Land Revenue Office.

India Provides Grant For The Construction Of New School Building In Butwal By NEW SPOTLIGHT ONLINE 6 hours, 18 minutes ago

PM Oli Adopted A Rhino By Agencies 19 hours, 41 minutes ago

338 Households Displaced In Fungling Due To Fire By Agencies 1 day, 9 hours ago

Chanda Led Maoist And The Government To Hold Talks By NEW SPOTLIGHT ONLINE 1 day, 19 hours ago