China Will Provide All Necessary Necessary Support To Protect Nepalis From Coronavirus In Wuhan: Chinese Ambassador

China Will Provide All Necessary Necessary Support To Protect Nepalis From Coronavirus In Wuhan: Chinese Ambassador 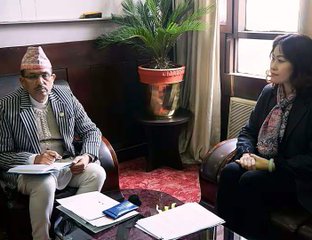 Chinese Ambassador to Nepal Hou Yanqi Appreciate the confidence to China given by the Government of Nepal and WHO Representative in Nepal to win the battle against #NovelCoronavirus. She twitted that let's fight against it together!

She also paid a courtesy call upon minister of Health and Population Bhanubhakta Dhakal. Foreign Secretary Shanker Das Bairagi. She also visited WHO Office in Nepal.

During her meeting with foreign secretary Bairagi, she assured Nepal Government that Nepali citizens, including some students residing in Wuhan, would receive medical care amid the Coronavirus outbreak. 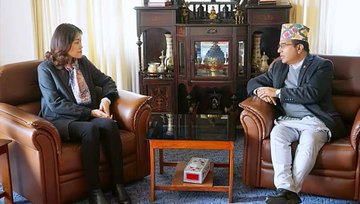 Issuing a press release the embassy said that China would take proactive measures to protect the legitimate rights and interests of Nepalis in China.

"The Chinese government will perform its international obligations in a highly responsible manner, make every effort to ensure the health of foreign citizens in China, and address the legitimate concerns of all parties," read the release. 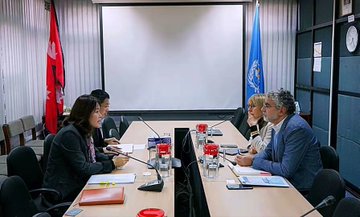 The United States In Partnership With ADB Completes Two Secondary Schools In Kathmandu By NEW SPOTLIGHT ONLINE 19 hours, 57 minutes ago

India Provides Grant For The Construction Of New School Building In Butwal By NEW SPOTLIGHT ONLINE 3 days, 14 hours ago

PM Oli Adopted A Rhino By Agencies 4 days, 4 hours ago

338 Households Displaced In Fungling Due To Fire By Agencies 4 days, 17 hours ago

Chanda Led Maoist And The Government To Hold Talks By NEW SPOTLIGHT ONLINE 5 days, 3 hours ago