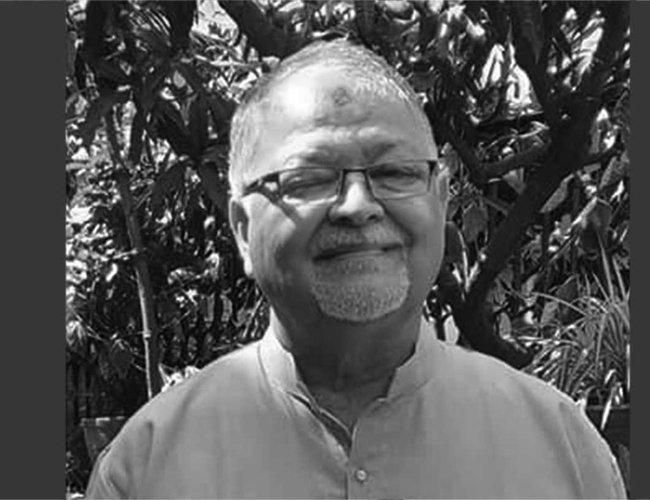 Late Sharma performed open heart surgery 24 years ago. After chest pain, he was admitted to Gangalal Cardiac Hospital and transferred to Manmohan Hospital for further treatment where he died while undergoing treatment.

He joined Nepal Television in 1986 and covered the visit of late King Birendra to Australia. It was the first coverage of the head of state of Nepal on Television.

Late Sharma was one of the main people to establish Nepal Television in Nepal. He had good command in English and Nepali. He was so brilliant that he used to read the news of formal and ceremonial program even looking its copy. He was a kind person and always encouraged younger colleagues.

Late Sharma also published a memoir on his experience in journalism.

Bharat Dutta Koirala writes I am most deeply saddened to hear of the passing of Durga Nath Sharma for whom I have always had deep love and respect while working with him and in my social contacts. He was not only an extremely capable journalist in all of the media of communication, the print, radio, and television but also with the most friendly and amiable disposition, that endeared him to many in Nepal and abroad. He will be sorely missed. My heartfelt condolences to the family!

More Cylinders Will Be Brought From China Via Tatopani Border: Foreign Minister Gyawali By Agencies 18 hours, 50 minutes ago