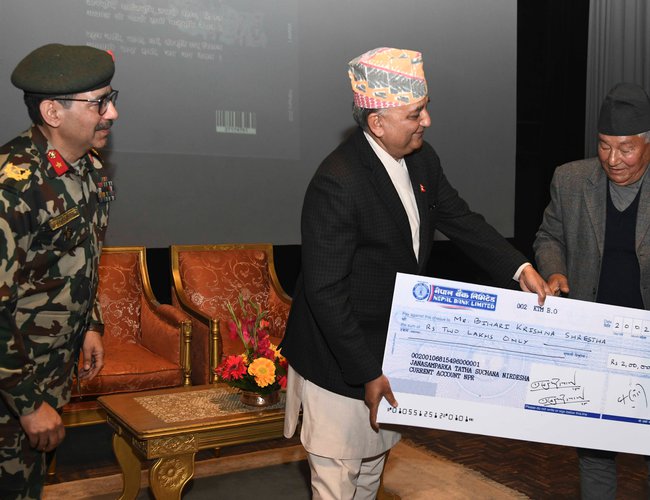 Similarly, Pashupati Nepal was declared second for his article, 'mainstreaming of climate change effects with adaption' and conflict. Security analyst Geja Sharma the third for his article, 'Geopolitical conflict in world politics and its effect in Nepal'. The second got cash prize of Rs 100 thousand and the third Rs 50,000 and certificates respectively. 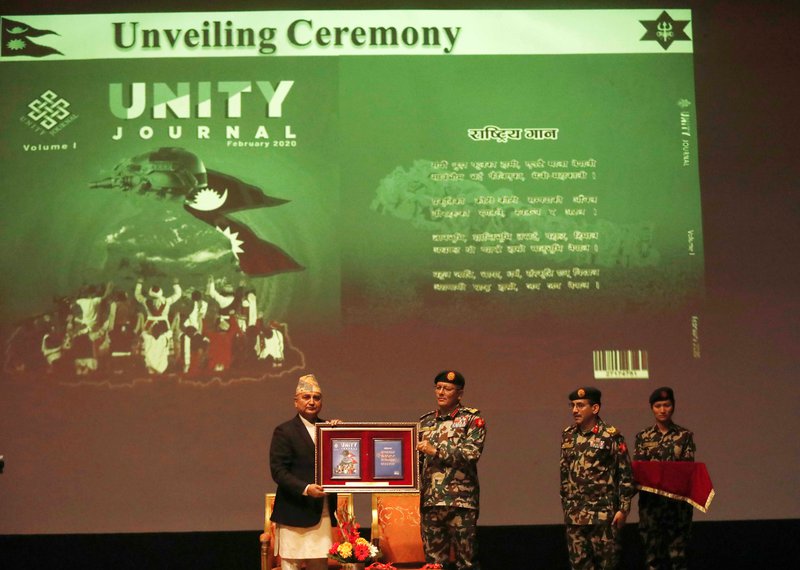 Chief of Army Staff General Purna Chandra Thapa handed over certificate to others who have contributed for Unity Journal.

DPM Pokhrel thanked NA for bringing such research based and intellectual articles on national security and unity. "Such practice plays important role on building tolerance in the country full of diversity and fosters unity and developments."

He said that the national unity and security are interrelated issues.

He however said nation's security was not possible with lone effort of the government and Nepal Army but the cooperation and good will from the general public was essential for it. All sides should have their participation in the national security. "The need of study on aspects of Nepal's geopolitics and geo-strategy is felt for long. So, continuous study, research and analyses on these issues are imperative," he said.

Chief of Army Staff General Thapa said the constitution has given significant responsibility to the NA to protect national unity. He said that without national unity, national security cannot be imagined.

Director at Public Relations and Information Director of NA, Bigyan Dev Pande, said the compilation of research articles was brought in a bid to create positive debate and discussion on the issues of public importance.