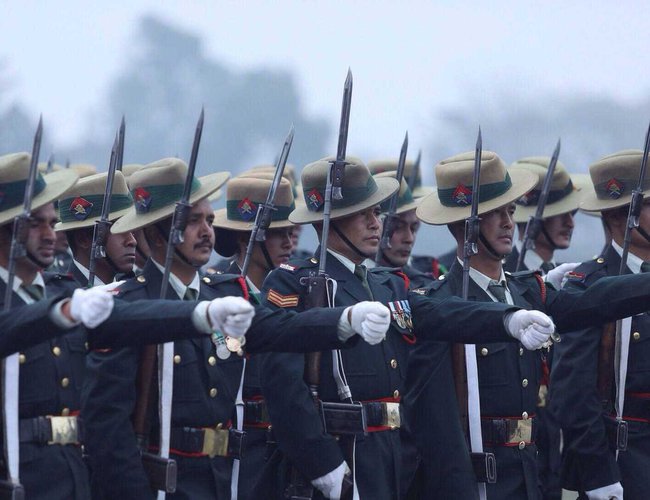 Army observed its annual Maha Shivaratri and Army Day-2076 amid a special function at the Army Pavilion, Tundikhel on February 21, 2019, in Kathmandu City.

Every year, Nepal Army has been celebrating Army Day coinciding with the Hindu's festival Maha Shivaratri as per the lunar calendar.

Army Day is celebrated to honor courage, patriotism and military professionalism and to recall the sacrifices made by brave soldiers for the people and nation.

President Bidhya Devi Bhandari, who is also the Army's Supreme Commander, attended the function as the chief guest.

On the occasion, Nepal Army personnel displayed spectacular arts and skills including march-past, military drills, raid operations, and disaster rescue operations, among others. They also displayed armaments and equipment including armored vehicles, weapons, and engineering and communication devices among others. 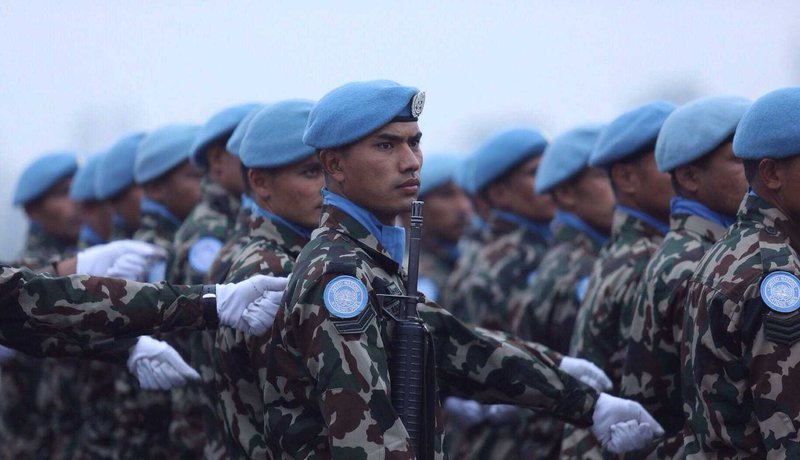 Likewise, the cultural military team from seven different provinces of the country performed special dances in traditional attires. In addition, the trained military personnel displayed shoot to kill, taekwondo, khukuri drill and free fall jump with the use of parachutes.

As in past years, Nepal Army soldiers displayed a special rifle salute firing in succession along with the ranks. Different battalions were presented with colors, banners and arms, trophies and prizes for their contributions by the Chief of Army Staff General Purna Chandra Thapa.

President and Supreme Commander of Nepali Army (NA) Bidhya Devi Bhandari paid homage to the martyrs at the "Bir Smarak" before receiving the "Guard of Honour" by a troop of Nepali Army.

Chief of General Staff of British Army General Sir Mark Carleton-Smith, KCB CBE ADC, who has arrived to pay a week-long formal visit to Nepal, attended the function as a guest.

Every year, the Nepali Army celebrates the 'Army Day' on the auspicious occasion of "Maha-Shivaratri." The Nepali Army marks Army day, reaffirming its devotion to the people and the nation, reflecting its organizational unity, characterized by patriotism and military professionalism. 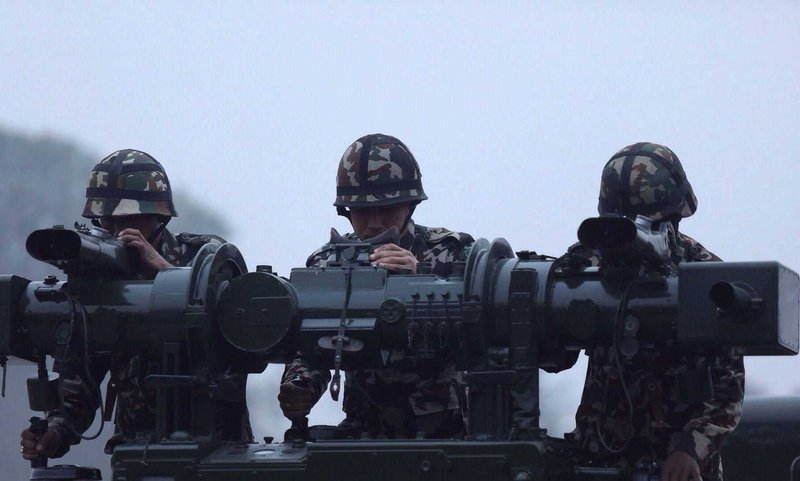 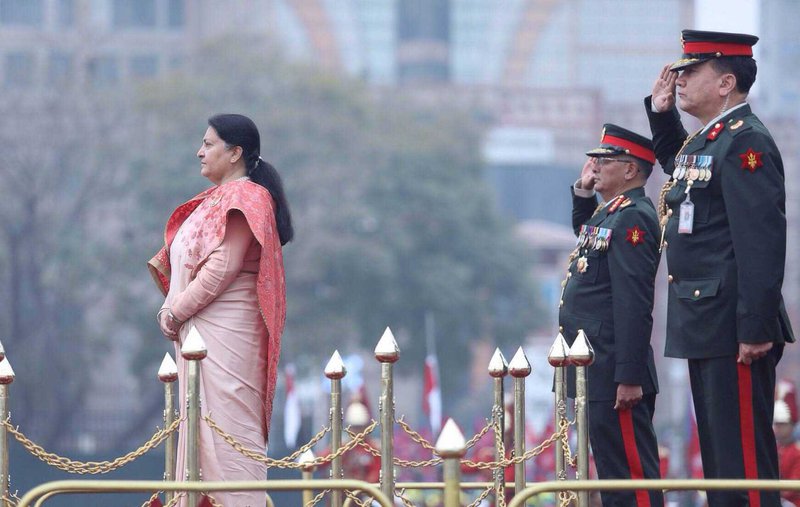 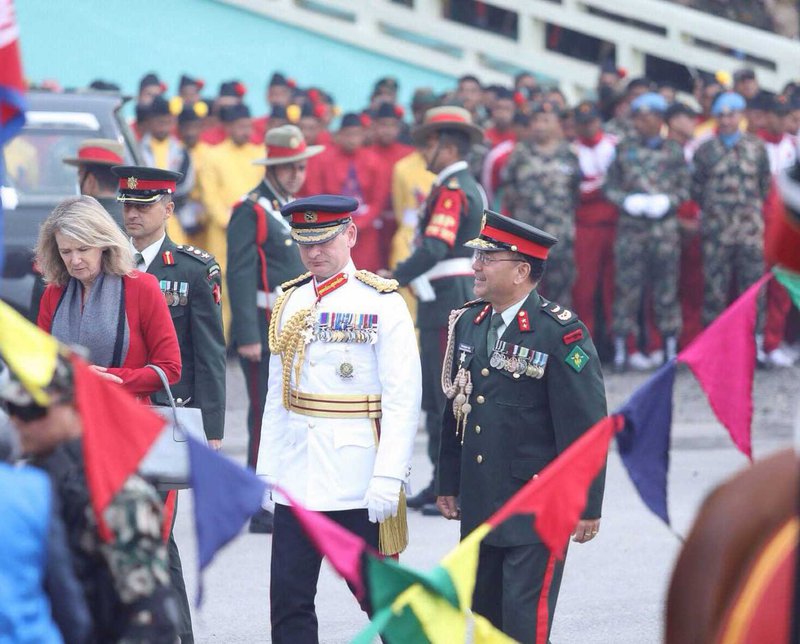 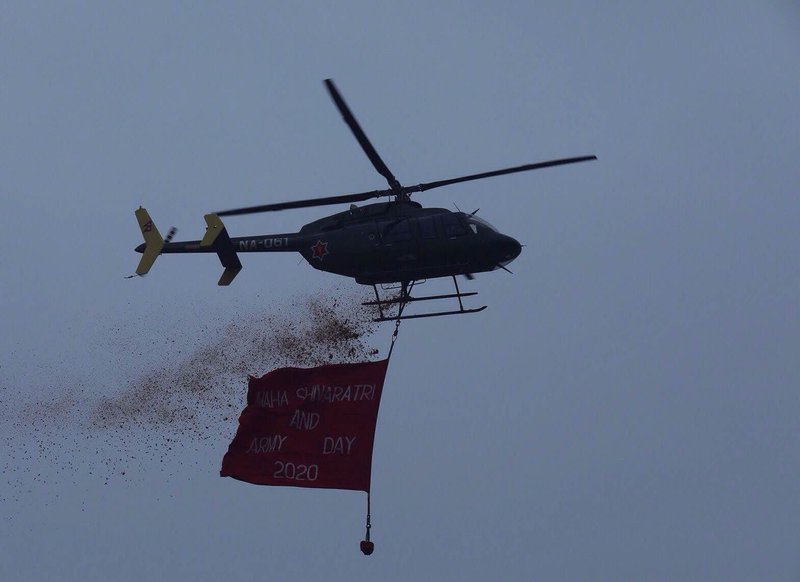 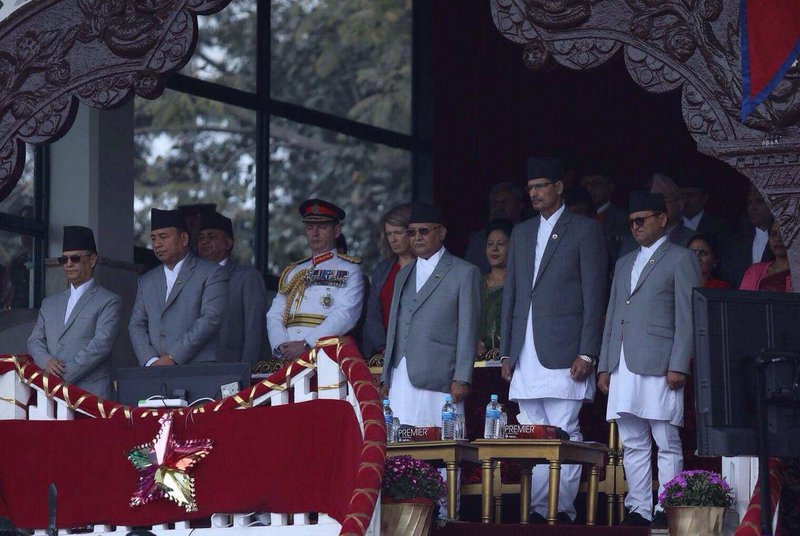