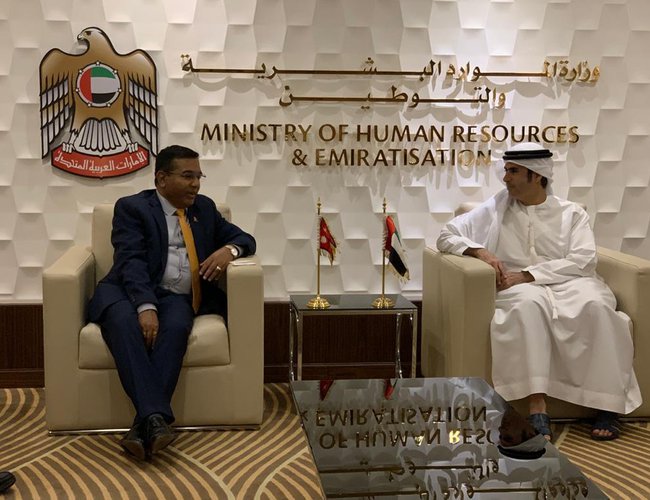 Foreign secretary Shanker Das Bairagi highlighted the various measures undertaken by the Government of Nepal to create conducive environment for investment in Nepal and invited the investors from the UAE to invest in productive sectors.

While meeting with with Khalifa Shaheen Al Marar, Assistant Minister for Political Affairs at the Ministry of Foreign Affairs and International Cooperation of the United Arab Emirates yesterday, Foreign secretary Bairagi, who is currently in The UAE, congratulated the Government of the UAE for the excellent preparation for the EXPO 2020 Dubai and wished for its grand success.

During the meeting, both sides expressed happiness over the friendly and cordial relations existing between the two countries. Underling the importance of high-level visits in further widening and deepening the relationship, Bairagi hoped to welcome high-level visit from the UAE in near future.

Participation from the UAE in Sagarmatha Dialogue and convening of the meeting of the Joint Committee chaired by the Ministers for Foreign Affairs in Kathmandu were also discussed in the meeting.

The UAE side, while acknowledging the important measures undertaken by the Government of Nepal, underlined the importance of concluding, at the earliest, the Bilateral Investment Promotion and Protection Agreement and Double Taxation Avoidance Agreement. 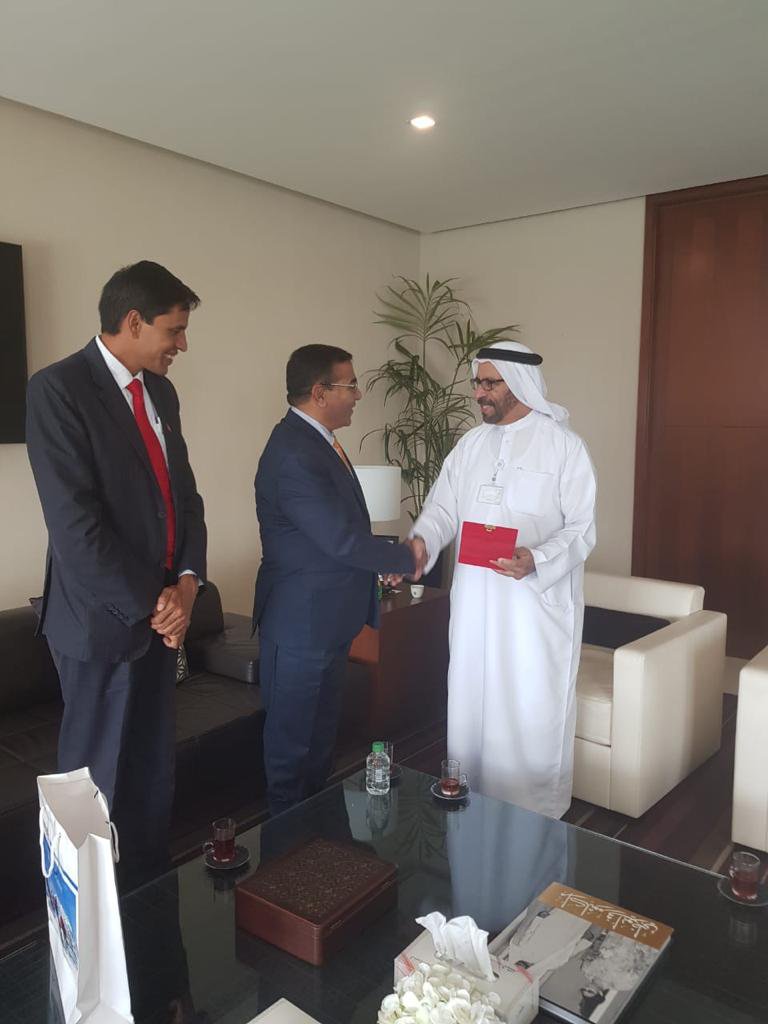 Bairagi held a meeting with Saif Al Suwaidi, Secretary of the Ministry of Human Resources and Emiratization at the latter's office in Dubai. Both sides acknowledged that Nepali people working in the UAE are contributing to the economy of both the countries and are serving as a vibrant bridge between the people of Nepal and the UAE.

Regular convening of the Joint Working Group Meeting to implement the Memorandum of Understanding between the Government of Nepal and the Government of the United Arab Emirates in the Recruitment, Employment and Repatriation of Workers signed in June 2019 was also emphasized in the meeting.

According to a press release issued by Embassy of Nepal Abu Dhabi, Bairagi was accompanied by Ambassador of Nepal to the United Arab Emirates Krishna Prasad Dhakal and officials of the Embassy.

More Cylinders Will Be Brought From China Via Tatopani Border: Foreign Minister Gyawali By Agencies 1 day, 3 hours ago