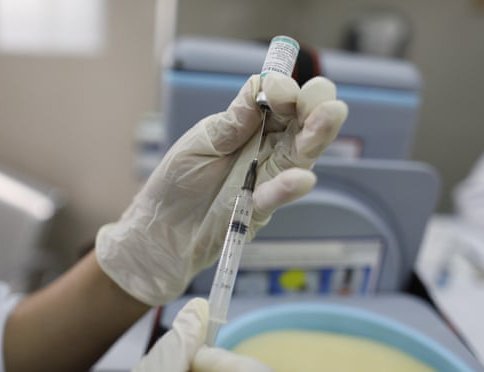 The first participant in a clinical trial for a vaccine against Covid-19 will receive an experimental dose on Monday, according to a US government official.

The trial, taking place at the Kaiser Permanente Washington Health Research Institute in Seattle, will involve 45 young, healthy volunteers who will be given shots of the vaccine.

The official who disclosed plans for the first participant spoke on condition of anonymity to Associated Press. The move has not been publicly announced.

The vaccine was developed by the company Moderna and the National Institutes of Health, which is also funding the trial. The goal is to examine whether the vaccine shows any concerning side-effects, setting the stage for larger trials this year that will assess its efficacy. It is expected to take a year to 18 months to fully validate any potential vaccine.

Participants cannot become infected from the shots because they do not contain the virus – or even an attenuated version of it in the way traditional vaccines such as MMR do.

Instead, the vaccine uses clever genetic engineering to harness the body’s cells to produce little pieces of virus that are then recognised by the immune system. The shot carries a specific stretch of messenger RNA that contains the instructions to build the receptor on the virus’ surface that allows the immune system to target it.

In theory, if this synthetic RNA is injected into a person, it should enter their cells and programme their inner machinery to churn out proteins that look exactly like the receptor on the surface of the virus. These floating receptors would then trigger the immune system without causing illness.

Even if initial safety tests go well, “you’re talking about a year to a year and a half” before any vaccine could be ready for widespread use, according to Anthony Fauci, the director of NIH’s National Institute of Allergy and Infectious Diseases.

Moderna is one of several teams funded by the Coalition for Epidemic Preparedness Innovations (Cepi), which was set up three years ago after the Ebola epidemic, which killed 11,000 people.

Despite an Ebola vaccine (later shown to be almost 100% effective) having been in development for a decade, it was not deployed until more than a year into the epidemic.

This time, things have moved far more quickly. Inovio Pharmaceuticals, also supported by Cepi, aims to begin safety tests of its vaccine candidate next month in a few dozen volunteers at the University of Pennsylvania and a testing centre in Kansas City, Missouri, followed by a similar study in China and South Korea.

Delta Now Dominant Covid Variant In Most Of Europe: WHO By Agencies 2 days ago

PM Deuba Received A Telephone Call from US Secretary Of State By NEW SPOTLIGHT ONLINE Jul 27, 2021