Jaya Prithivi Singh has had a lifelong quest for perfect knowledge 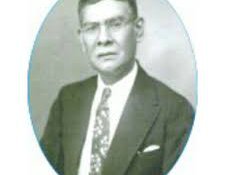 The ideas of many Asian intellectuals are either unnoticed or never get due importance in the English speaking world. In his book ‘Orientalism’ Edward Said (first edition 1978 and latest edition 2003) writes about myth and interpretation of the ‘Orient’ by the western ‘orientalist’ intellectuals. Said neither identified the proper ‘Orient’ in the book nor the details about intellectuals of the Orient.

The Indian novelist and writer, Pankaj Mishra, in his book‘From the Ruins of Empire’ (2013)writes about the three specific Asian public intellectuals: one is the Chinese intellectual Liang Qichao (1873-1929) and he was a Confucian scholar and reformist of his time; another is the Indian intellectual, poet and philosopher, Rabindranath Tagore (1861-1941) and compare to Li, Tagore is well known because he was awarded Nobel prize; and, the third intellectual is the Persian-born Jamal al-Din al-Afghani (1838-1897) who was a comparable figure to Karl Marx, according to Mishra, but not much is discussed about him in the western world.

Neither Said nor Mishra noticed about a modern Nepali public intellectual, Jaya Prithivi Bahadur Singh (1877-1940) - a contemporary of Li, Tagore and al-Afgani, even though Singh has left remarkable writings and made a noteworthy contribution for the world humanity.

Jaya Prithivi Singh was also contemporary to Antonio Gramsci (1891-1937). Singh fits with Gramsci’s description of the organic intellectual with a humanistic mindset being intimately involved in public issues. Along the same line, Singh was actively engaged with public issues. Singh was also contemporary to Mahatma Gandhi and Rabindranath Tagore. Singh established a non-commercial, non-political and non-religious Humanistic Club in India in 1928 with Tagore as an honorary member.

Tagore and Singh had similar views on many issues. Both of them pleaded the world for humanity and to shun the path of violence in the aftermath of WW1. Just as Tagore, Singh was disappointed with the failure of the League of Nations to prevent the WW1. He became a dedicated peace activist. In 1935, Singh formed a common security and peace forum for humanitarian help in Abyssinia. Denouncing WW1, Singh said that “my philosophy is simple; think twice before you act. I insist that every act of yours be guided by your discrimination, reason and judgment”. In the 1930s Singh made a world lecture tour advocating for peace, traveling to the world cities Chicago, London, Warsaw, Berlin, Paris, Vienna, and Shanghai. The Japan Times, the North China News, the New York Evening Journal reported about his concern for world peace (see, Dhana Bahadur Lama’s book, A Humanist Life and Death, 2003).

Jaya Prithivi Singh has had a lifelong quest for perfect knowledge. For him, an ideal condition for acquiring perfect knowledge is when we reach the state of mind and insight ‘to see ourselves in others’.

Singh was an extraordinary educationalist of his time. Exactly 75 years after the publication of Singh’s ‘Humanism’ (1928), Edward Said’s ‘Humanism and Democratic Criticism’ (2004) was published. There are unique similarities between the ideas of the two scholars on humanistic education.

Singh’s book ‘Humanism’ (reprinted 2019) is a collection of the three volumes published earlier. The chapter dealing with humanist education is worth commenting on (part of this was published in Kathmandu Post).

The classic-era education of South Asia

On the educational systems of classic-era South Asia, Singh writes that “education was not a means of lively-hood, but was perused only for the sake of knowledge. This needed a particular attitude and a special mentality; and only those that were endowed with them undertook the risk and the expenses involved in the journey to, and they stay in, the centers of higher cultures.” Singh also writes that education was not widespread in the classic time. Rich private individuals financed the educational centers and the selected students were not charged fees. The individuals with specific attitudes and financial capacity were the selected students, as described by Singh, who got the educational opportunity, like Gautama Buddha and the classic saints described in the epics of Mahabharata and Ramayana.

Singh also details that the local village schools in the classic-era taught basic reading, writing and basic mathematics to selected students. In this way, the division of races and caste system prevailed throughout the history of South Asia. Singh’s concern for humanistic education and search for the cure of human troubles and miseries continues to date.

Unlike many spiritual gurus in South Asia, Singh gives equal value to studies of science and social science. As a further step, Singh says that modern education only “attempts to fit a man for this world and equip him with the necessary knowledge and means for the battle of life… modern education limits one’s ideal of life here and its relations with the surroundings, immediate and present.” In this way, modern education does not take the wider issues into account including the interest of future generations. Classic and modern educational systems have failed to give humanistic knowledge, and the continuation of racism and mutual hostility towards color, language, nationality and ethnic origin are exemplary evidence of that.

Singh sees a problem with the utilitarian approach to education and lack of environment where humanism becomes a primary educational objective. A perfect knowledge, as Singh says, is ‘when we reach a stage or when we see ourselves in others’ which in effect is an exercise of the human mind. And this is the stage where humanism evolves and flourishes.

The idea of humanism has different connotations. For some people, the idea is a secular alternative to religions. For others, humanism is natural, scientific and democratic concerns outside religions. Still, for others, it is a common concern that humanism as discourse is under threat, essentially because of a complex set of the crisis of the survival of the human civilization. The threat has arisen, primarily because of the lack of emphasis on the true goal of humanistic education. This is the conclusion made by Singh.

When do we see ourselves in others?

A common theme that appears in the writings of Singh and Said is the rejection of the artificial divide between people, e.g. ‘us’ vs. ‘them’, which is the common discourse of many modern liberal intellectuals (e.g., Samuel Huntington and Francis Fukuyama). The ignorance of oneness as a human is imperfect knowledge Singh says, considering it meaningless, mercilessly violational and the main cause of human miseries; “as a result of imperfect knowledge, a man sees no unity in others. He sees in them only division and diversity, and in his eyes, they form heterogeneous collections wherefrom each tries to escape through silent insubordination or open rebellion. His vision gets limited only to his immediate surroundings and the present moment. He gives himself up to the unequal mental states where he becomes coldly intellectual, meaningless emotional or mercilessly violational.”

Said’s idea of humanistic education resembles Singh’s humanistic oneness, rising above and beyond one’s own background, language, nationality by understanding the reality of others. Said explains that “it is more rewarding - and more difficult - to think concretely and sympathetically, contra punctually, about others than only about ‘us’. But this also means not trying to rule others, not trying to classify them or put them in hierarchies, above all, not constantly reiterating how ‘our’ culture or country is number one or not number one, for that matter.”

The field of intellectual exercise is widening in modern times, e.g. there are market specialists, media experts, political and defense analysts. These are employed experts, helping to justify the view of their employers or governments. What Singh and Said are suggesting is a different kind of scholarship and individuals who maintain their relative independence and autonomy in their approach to the issue at hand. They are the public intellectuals who take risks going beyond their own background, language and nationality, (e.g., Noam Chomsky’s criticism of the US foreign policy). It is often easy to criticize other states than to criticize one’s own state, culture and religion and so on. And, therefore, humanism is about finding oneself in others and going beyond the safe shields of justification of nationality and patriotism.

Both Singh and Said believed not just in self-knowledge but also in self-critic. For Said a public intellectual is not necessarily an expert but an amateur who goes beyond his area of knowledge and explores ideas and takes a stand against the power based on the intellectual truth, with the consistency of ideas and without rigidity. It is interesting that Said’s democratic criticisms and Singh’s perfect knowledge resembles Buddha’s concept of the self-shadow-ego test (the so-called delusion of the Mara demon) as a kind of ego and ignorance that can be used to make oneself aware of one’s own consciousness. Perhaps, Buddha was the first social science researcher to test his ideas through the shadow testing method. With the shadow-self, Buddha challenged the very idea of ​​‘Brahma’ as a supreme or true truth, which was otherwise the prevailing norm of the time. ‘Self’ is real and ‘Bhahma’ is an illusion said Buddha, rejecting interpretations not supported by facts, which brings us to concepts in modern physics and philosophy.

Singh used his inquisitive mind, with an agnostic approach, emphasizing knowledge, skill and empathetic attitude for proper education. While writing on humanism, Singh explains his method how he reached to the conclusion about the miseries and cure of human problems; “though I am in no way a scientist, even the very title of knowledge in science which I could gather from my school studies soon made me realize that even it, as it is or it ever will be, does not solve the problem of humanity… it was never taught in any of my Science classes as to how Matter came to be.” This is still an unanswered question both by science and social science.

Singh believed that self-knowledge is unattainable without an equal degree of self-criticism, or the awareness that comes from studying and experiencing other peoples, traditions, and ideas. Said was secular and became agnostic in his later life while he was also known as a ‘celebrity of the atheist list’. For Said being secular was about logical argumentation with facts instead of belief in the commandments. The same epistemological mutation to all issues with consistency and without rigidity is the kind of attitude used by the two scholars. For Singh being scientific and humanistic is not contradictory to spirituality. Singh seems, in the end, to have come to the same conclusion as Nepal’s well-known poet Laxmi Prasad Devkota who describes his final state of mind in his last poem ‘disappearing as zero into zero’.

The modern education is focused more on socio-economic development with a utilitarian mind. A looming question of our time is; how can we develop an educational system and curriculum which can help students to reach the state of mind which helps them to see oneself in others?

A personal note on Jaya Prithivi

Jaya Prithivi Bahadur Singh was born on August 21st, 1877 as a prince of the small ancient kingdom of Bajhang, located in the north-western district of modern Nepal. When Singh was eight years old he was brought to Kathmandu for education. He did his school education in Kathmandu and completed his Bachelor degree in Law in 1905 from Calcutta University. Singh believed in self-education and extended his knowledge with self-study of sociology, political science, law, religion, philosophy, and literature.

Singh was a linguist and journalist, and wrote textbooks for the school subject Nepali and also wrote the first Nepali grammar book. Singh also established and financed a number of high schools in the far western part of Nepal and in Kathmandu at a time when the Rena regime was controlling the education. Shree Satyawadi high school established by Jaya Prithivi in Bajhang still exists.

Jaya Prithivi went into self-exile in India possibly being threatened by the Ranas. When Singh died in Bangalore, India on October 15, 1940, the Hindu Daily published editorials with the title “The passing of second Gautama Buddha.”