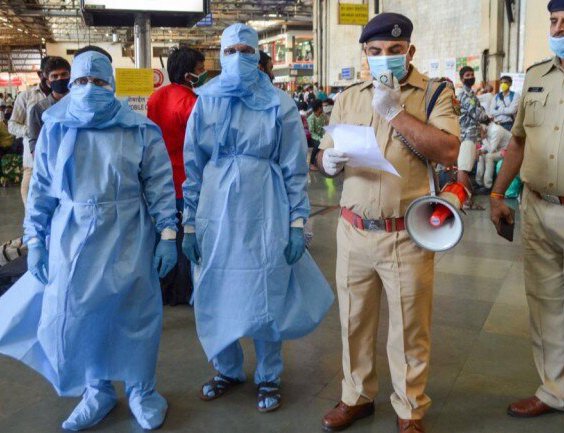 India observes unprecedented shutdown 'Janta Curfew', called by Prime Minister Narendra Modi, today in a bid to slow the spread of novel coronavirus cases in the country. Over 300 people have been tested positive for Covid-19 in India so far.

With the number of positive cases surging across the globe, governments are leaving no stones unturned to facilitate conditions for social distancing with closure of schools, colleges, restaurants, malls and public places.

Meanwhile, UN chief Antonio Guterres warned that a global recession, "perhaps of record dimensions", was a near certainty.

Janta Curfew extended in UP till 6 am on Monday

The Uttar Pradesh government has decided to extend the Janta Curfew till 6 am on Monday. Similar orders have been issued by the state governments of Tamil Nadu and Jharkhand.

After TMC MPs were asked not to attend the remaining session of Parliament over the Covid-19 outbreak, West Bengal Chief Minister Mamata Banerjee has called for an all-party meeting in this regard at 3 pm on Monday at the secretariat. Congress and the left parties have agreed to attend it.

All inter-state buses in the country have been suspended till March 31 in a bid to restrict the novel coronavirus outbreak.

Instructions for all 75 districts with confirmed cases

The chief secretaries of all states where confirmed novel coronavirus cases have been reported have been instructed to extend restriction on movement of non-essential passengers till March 31. The decision was taken during a meeting of the principal secretary to the prime minister and the chief secretaries.

At present, there are 75 districts across India where authorities have confirmed cases of Covid-19.

The Chandigarh administration has ordered the closure of all non-essential establishments including offices, schools, colleges, factories and business till March 31. In addition, all public transport has also been suspended until the end of the month.

Only essential services such as shops dealing in medicine, vegetables and ration will be allowed to remain open.

The Western Railways (WR) has declared that all suburban trains in Mumbai will halt operations from Midnight on Sunday till March 31 as a precautionary measure against the spread of Covid-19 in the state.

The district administration in Faridabad has ordered closure of all gyms, swimming pools, spas, pubs, bars, night clubs and restaurants until further notice owing to the Covid-19 outbreak. All factories in Faridabad have also been asked to close for the time being.

Jharkhand, Tamil Nadu extend Janta Curfew till 5 am on Monday