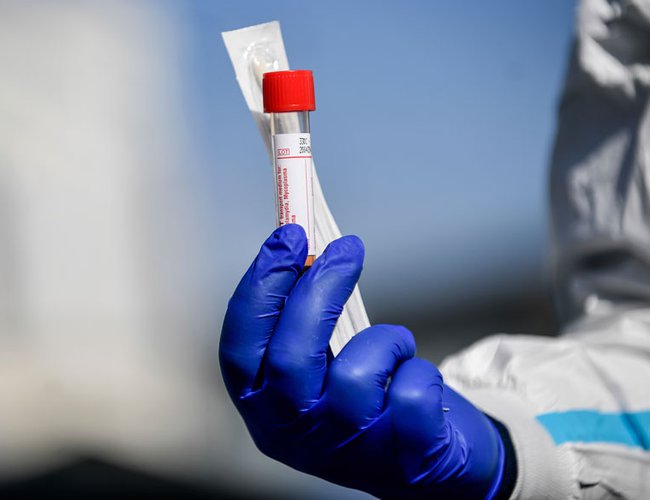 The Bangladesh government on Thursday approved a low-cost kit, developed by a private health research institute, to detect novel coronavirus cases in a mass scale, amidst reports of crisis of equipment in the country for such tests.

"We have issued a NOC (No Objection Certificate) to import raw materials to prepare the kits," a spokesman of Bangladesh's Drug Administration said.

The Gonoshasthaya Kendra, which developed the kit, had applied for clearance for import of raw materials.

"The government today gave approval to the coronavirus-detection kits and we have already started the process to import the raw materials required," the organisation's founder, Zafrullah Chowdhury, was quoted as saying by the state-run Bangladesh Sangbad Sangstha (BSS) news agency.

According to Gonoshasthaya experts, the kit can examine samples to detect Covid-19 as fast as in 15 minutes.

Health Minister Zahid Maleque said the government would lock down the most vulnerable areas if the coronavirus outbreak worsened.

With four new cases reported on Thursday, the total number of COVID-19 cases rose to 17, including one death.

Experts opine there is a risk of spread of the disease due to lack of appropriate protection measures, particularly for doctors, staff and patients in hospitals.

Meanwhile, a huge venue for an annual Muslim congregation is being converted as a mass quarantine centre on the outskirts of the capital Dhaka.

The government has already closed all schools banned all social, religious, political and cultural rallies for an indefinite period.

The Supreme Court on Thursday barred police and jail authorities to produce prisoners and suspects in courts for legal proceedings in view of the growing coronavirus infection.

A group of scientists in Bangladesh has developed a $3 testing kit they claim can detect coronavirus in less than 15 minutes.

The South Asian nation's pharmaceutical regulator - the Directorate General of Drug Administration (DGDA) - gave its green light for the mass production of the kit last Thursday, saying it would ease the pressure on the pathology services struggling with coronavirus detection.

Besides, according to a report of The Business Standard, the Bangladesh government has so far prepared only 29 intensive care unit (ICU) beds for COVID-19 patients in five Dhaka hospitals.

Most private hospitals that have ICU facilities are refusing to admit patients with even mild symptoms amid the COVID-19 scare.

The kit developed by Bangladesh's Gonoshasthaya-RNA Biotech Limited is similar to one developed in January by scientists in China as the coronavirus outbreak intensified in the Chinese province of Hubei.

A report by The Guardian said the Australian regulatory authority "urgently approved four Australian companies" to import the testing kit developed by the Chinese scientists after those companies sought to supply it into the Australian market.

Stay Alert For Rise In COVID Despite Vaccines: WHO By Agencies 6 hours, 19 minutes ago