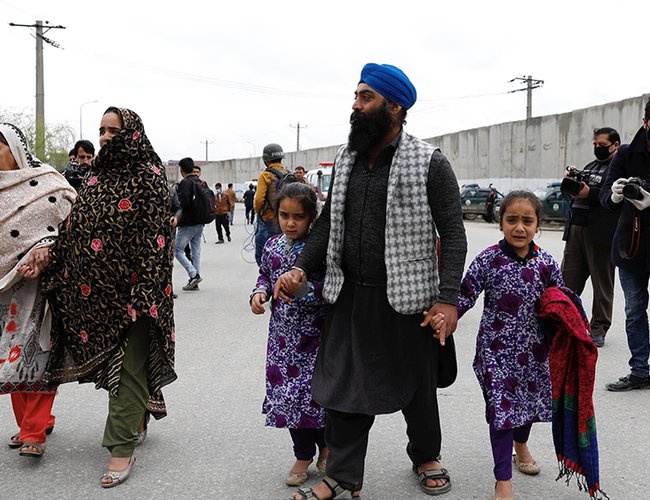 Afghan forces have killed gunmen who attacked a Sikh religious complex in the capital Kabul, ending the hours-long siege that has killed 25 people, the Ministry of Interior has said.

The deadly attack was claimed by the ISIL (ISIS) armed group. Earlier, the Taliban armed group denied it was behind the siege that left at least eight others wounded.

Interior Ministry spokesman Tariq Arian said in a message to journalists the operation by the security forces to defeat the attackers was over and all of them had been killed.

Security forces cordoned off the area, located in old Kabul, after gunmen stormed the complex, the government said.

Narindra Singh Khalsa, a parliamentarian from the minority Sikh community, told AP news agency he had been near the Gurdwara - the Sikh place of worship - when the attack happened and ran to the site.

Those killed included a child whose body was brought to a Kabul hospital, emergency services and the hospital said.