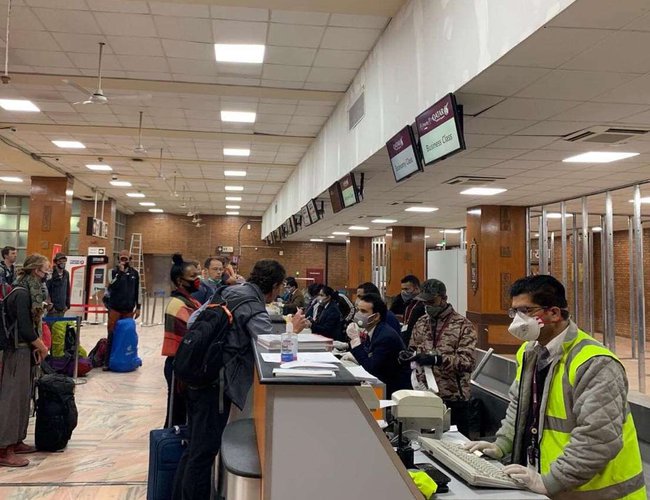 In view of the emergency situations caused from COVID-19, the German Embassy has organized two chartered flights for repatriation of tourists from Nepal on 27th and 28th March. More than 400 Germans, about 185 EU Citizens and 15 others were evacuated (Finland, Austria, Denmark, Poland as well as from other European countries such as Norway, Switzerland and the United Kingdom)

The repatriation took place using Qatar Airways, a flight chartered exclusively for this purpose. The flight flew to Nepal without any passengers, only crew, and left with the stranded tourists.

According to a press release issued by Embassy of Germany, the cost of the chartered flight will be shared by both German Government and individual passengers. Contribution will be to the tune of an economy ticket after returning to Germany. Same for EU citizens, all flew under the same conditions. German Government will bear the rest of charter costs.

German Embassy estimates that 200 German national are still in different regions of Nepal, most in the Himalayas. The embassy is currently looking for ways of ensuring their safe movement in close coordination with Nepali authorities.

German Embassy is grateful to hotels in Thamel, Boudha and Sanepa where tourists stayed before departure from chartered flight. The Embassy is also grateful to the airport authorities and all Nepal Government authorities involved in flight security for their invaluable support, as well as to the Nepal Police force for their support during transportation of the passengers to the airport.

UN Commences International Day of Commemoration In Memory Of The Victims Of The Holocaust By NEW SPOTLIGHT ONLINE 6 hours, 55 minutes ago