British Prime Minister Admitted To The Hospital For Test

British Prime Minister Admitted To The Hospital For Test 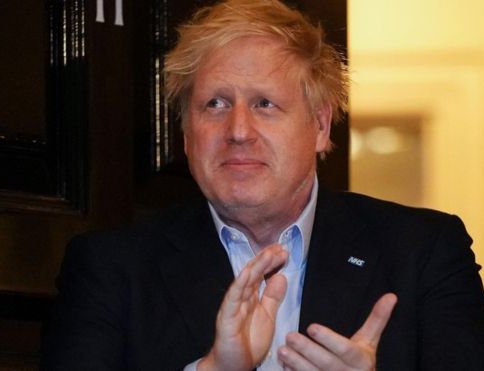 British Prime Minister Boris Johnson has been admitted to the hospital for tests, Downing Street said Sunday, after days of coronavirus symptoms.

"On the advice of his doctor, the Prime Minister has tonight been admitted to hospital for tests," the Prime Minister's Office said in a statement, adding that the tests were part of a "precautionary step" due to Johnson's lingering symptoms.

He is expected to stay in the hospital overnight, a Downing Street source told CNN.

The 55-year-old announced that he had tested positive for the virus on March 27, describing a cough and a fever in a video posted to Twitter. In an update on Friday, Johnson said that he continued to experience a temperature.

In its Sunday statement, Downing Street said that the "Prime Minister continues to have persistent symptoms of coronavirus 10 days after testing positive for the virus."

Elections Is Just A Month Away: Alliance Is Making Is Making By Agencies 1 day, 17 hours ago

US Carries out Airstrikes In Syria By Agencies 1 day, 17 hours ago

A Massive Funeral Held For Woman Shot During Myanmar Protest By Agencies 5 days, 18 hours ago

Australian PM Is Vaccinated As Rollout Begins By Agencies 6 days, 17 hours ago