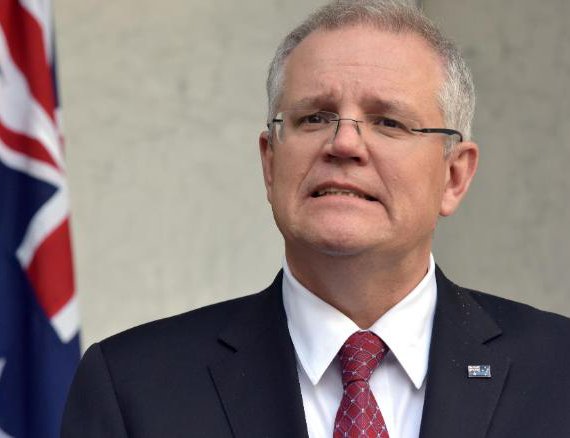 Australia's Prime Minister Scott Morrison has called for an independent international review into the origin and spread of the coronavirus reports NHK.

Speaking at a news conference in Canberra on Thursday, Morrison urged all member nations of the World Health Organization to support such a review.

He said, "If you're going to be a member of a club like the World Health Organization, there should be responsibilities and obligations attached to that."

Morrison had talked by phone with the leaders of the United States, France and Germany, apparently to try to win their support for his proposal.

Morrison is the latest world leader to call for more efforts to establish the facts about the origin of the pandemic.

Some US media have raised the possibility that the virus originated in a virology research lab in the Chinese city of Wuhan.

US President Donald Trump said last week, "We are doing a very thorough examination" into the matter.

US Secretary of State Mike Pompeo on Wednesday called on China to allow access to its labs in Wuhan to see whether viruses there are being handled properly to eliminate the risk of their accidental release.

German Chancellor Angela Merkel and British Foreign Secretary Dominic Raab are calling for greater transparency by China on the origin of the virus.

Chinese Foreign Ministry spokesperson Geng Shuang said on Thursday that US politicians are trying to duck responsibility for their own failure to slow the spread of the virus by blaming others.

Geng said shifting the blame will not help improve the situation in the US or international cooperation.

Russia Expels 10 U.S. Diplomats In Retaliation For Sanctions By Xinhua 3 days, 8 hours ago

US: Troops In Afghanistan To Withdraw By September 11 By Agencies 6 days, 9 hours ago