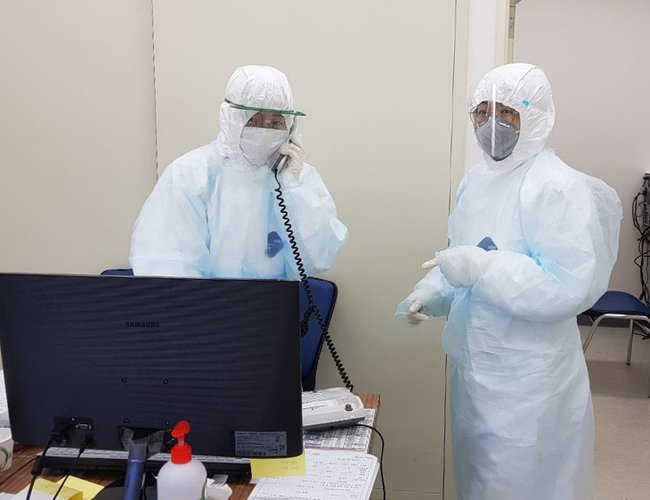 South Korean scientists have concluded that Covid-19 patients cannot be infected twice with the novel coronavirus, after hundreds of people in the country had tested positive for the virus again after recovering last month.

According to the Independent, a "South Korean expert panel has concluded that dead virus fragments were the likely cause of more than 290 people in the country testing positive after recovery for coronavirus".The Korean Herald

“The tests detected the ribonucleic acid of the dead virus,” said Dr Oh Myoung-don, a doctor at the Seoul National University Hospital, according to Korea Herald.

“PCR testing that amplifies genetics of the virus is used in South Korea to test Covid-19, and relapse cases are due to technical limits of the PCR testing,” he was quoted as saying.

Explaining the technical limits of a polymerase chain reaction (PCR) test, he said that the test can lead to false positives because the test itself cannot determine if the virus detected in an infected person's body is dead or alive.

Dr Oh added that a patient who has recovered from the coronavirus may have fragments of the virus inside their body for up to two months.

South Korean health officials had announced last month that they were investigating several possible explanations for a growing number of recovered coronavirus patients who later tested positive for the virus again.

Among the main possibilities are reinfection, a relapse, or inconsistent tests, experts had said.

Patients in South Korea are considered clear of the virus when they have tested negative twice in a 48-hour period.

While the PCR tests used in South Korea are considered generally accurate, experts had said that there are ways they could return false or inconsistent results for a small number of cases.

“PCR tests boast an accuracy of 95 per cent. This means that there still can be 2-5pc of those cases that are detected false negative or false positive cases,” Kim Jeong-ki, a virologist at the Korea University College of Pharmacy, had said.

On the other hand, the tests may also be so sensitive that they are picking up small, potentially harmless levels of the virus, leading to new positive results even though the person has recovered, Kwon Jun-wook, deputy director of Korea Centres for Disease Control and Prevention had told a briefing last month.

The World Health Organisation (WHO) had warned last month that there is no evidence that people who test positive for the new coronavirus are immunised and protected against reinfection.

“There is currently no evidence that people who have recovered from Covid-19 and have antibodies are protected from a second infection,” WHO had said in a statement.

“People who assume that they are immune to a second infection because they have received a positive test result may ignore public health advice,” the WHO had said.

Japan To Tighten Restrictions On Arrival By Agencies 3 months, 3 weeks ago

Prince Akishino Proclaimed First In Line To Throne By Agencies 5 months, 1 week ago