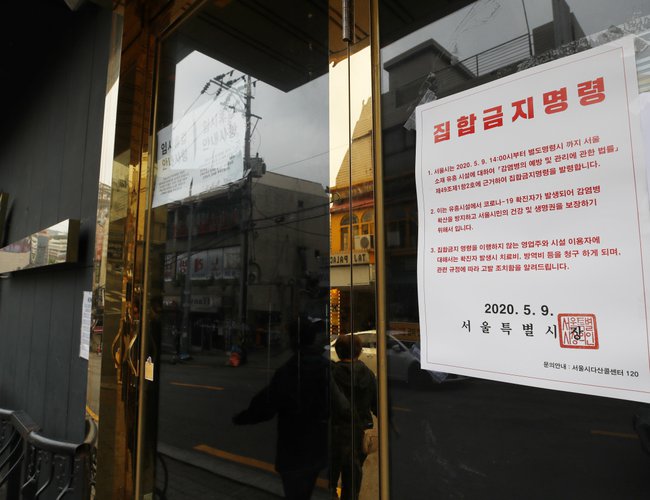 According to Yonhap, the warning came as many visitors to Itaewon clubs and bars during the latest holidays are not available though health authorities are struggling to trace them amid a spike in related community infections. Itaewon-linked infections have totaled 75 nationally, according to the Seoul mayor.

"Still, the majority of the visitors are not reachable. The testing rate (linked to the Itaewon case) remains less than half," Prime Minister Chung Sye-kyun said at a meeting of authorities' response to the virus.

Chung stressed the need for rapid and massive testing to prevent a potential spread of COVID-19 in Seoul and surrounding areas.

After keeping local infections at zero for a few days, South Korea saw an unexpected spike in cases coming from entertainment facilities in the popular area, with infections reported not only in Seoul but across the country.

The number of cases reported across the country has reached 75, including 49 in the country's capital, Mayor Park Won-soon said in a radio interview with broadcaster KBS.

Park said that the city government has secured the names of 5,517 people who visited the affected facilities and has gotten in touch with 2,405 of them.

Among those the city managed to get in touch with were 28 foreigners, he added.

The mayor said those who were not accounted for are believed to have provided false information or be trying to evade contact. Park urged them to get checked for infection.

On Saturday, the city government imposed an administrative order on all nightlife facilities here, effectively suspending businesses as a precaution against additional outbreaks.

Japan To Tighten Restrictions On Arrival By Agencies 3 weeks, 5 days ago

Japan Grapples With Record-level Increase In COVID-19 Cases By Agencies 1 month, 1 week ago

Prince Akishino Proclaimed First In Line To Throne By Agencies 2 months, 2 weeks ago