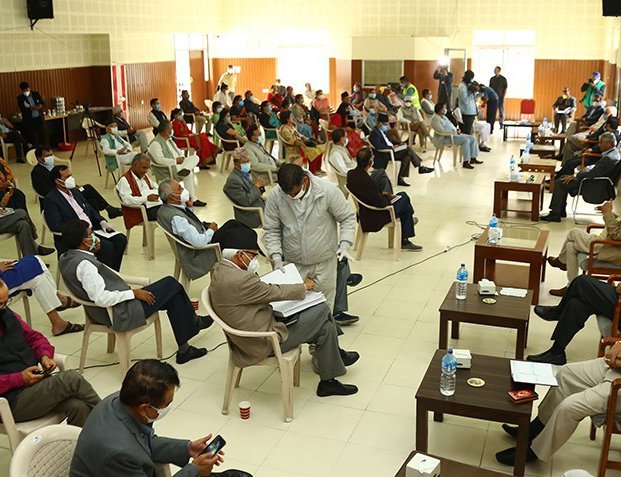 Nepali Congress has decided to vote for statue amendment. A Central Working Committee meeting of Nepal Congress on Saturday discussed the proposal relating to vote in favour of the Constitution amendment proposal.

The government has already registered in the parliament to amend the coat of arms validating the new map of Nepal issued incorporating the Nepali territory of Lipulek, Kalapani and Limpiyadhura.

The proposal stated the party would direct its Parliamentary Party to do so. Khadka also presented agendas of coronavirus pandemic, incident of Rukum West and others.

Sharma said the Rukum incident should be probed by Parliamentary Committee, casting doubt on some politicians trying to save the culprits from legal action.