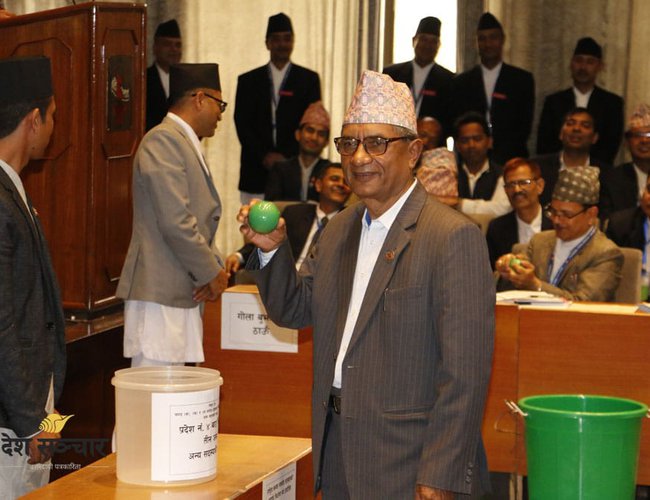 He demanded immediate withdrawal of the Indian Army from Nepalese Territories. Taking part in the debate of a constitution amendment bill 2077 at the National Assembly, Sharma said Nepalese are always united on the question of nationality, national integrity, and national sovereignty. This help to take back our territory encroached by India.

He said that India is Nepal’s good friend. If India also sees Nepal as its good friend, it shall refund all the Nepalese land looted by the British. If India wants a relation with Nepal on the basis of Roti Beti and Doli beti (Bread and Daughter and palanquin and Daughter), India has to return Nepalese territories from Darjeeling in the east to Kangara of the west, which were looted by British, to Nepal, “said Sharma.

He has made it clear that British-India looted Nepal’s territories under the Sugauli Treaty of 1816 because Nepal was coerced to accept it. He demanded that India should immediately vacate Nepalese territory.

“Since Nepal and India both the countries are good neighbors, India shall have to immediately return Nepalese territories encroached by it,” said Sharma. “Due to Nepal’s friendship, well intentions and heartiest relations, Nepal allowed India to establish check posts in northern areas of Nepal,” said Sharma. He added that India is now working to make those territories it's own.