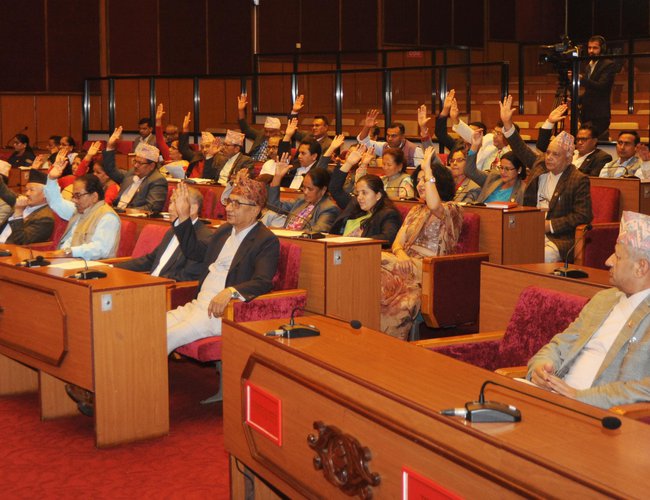 the Constitution (2nd amendment) Bill 2077 to change Nepal’s coat of arms, according the newly published political and administrative map of Nepal.

All 57 out of 58 members present in NA had voted for passing the Bill to implement the new map of Nepal incorporating Kalapani, Limpiyadhura and Lipu Lekh, announced Ganesh Prasad Timilsina, Chairman of the NA.

After the clause-wise deliberations on the proposed Constitution amendment Bill, the upper house of the Federal Parliament unanimously passed the Bill.

The House of Representatives (HoR) had unanimously passed the Bill on June 13.

The Bill will now be authenticated by President Bidya Devi Bhandari.