COVID-19: 214 Discharged From Hospitals In Karnali

COVID-19: 214 Discharged From Hospitals In Karnali 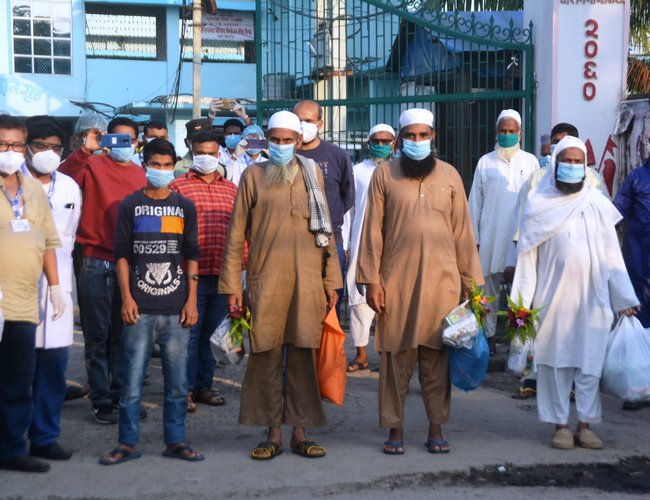 A total of 214 persons have returned home from the hospital after recovering from Corona Virus on Saturday. They include 201 men and 13 women. Of them, 205 are from Dailekh.

In Sialkot isolation center of Surkhet, one woman and seven men, one each in Tantikhand isolation, Dailekh and Rukum west hospital were discharged after complete recovery from Corona Virus. The total number of people who have recovered from the deadly virus in the state has reached 934 on Saturday, Dr. Tiwari said.

Meanwhile, seven people including a 15-month-old child from Panchapuri in Surkhet were confirmed positive to Corona Virus on Saturday. This takes the tally of infected to 1,440 in Karnali.

India Records 3.29 Lakh Cases In A Day, More Recoveries In 2 Months By Agencies 7 hours, 57 minutes ago

Chandragiri Municipality To Run 100-Bed Isolation Centre From May 15 By Agencies 13 hours, 54 minutes ago

WHO Keeps Eye Out For Variant Found In India By Agencies 16 hours, 23 minutes ago