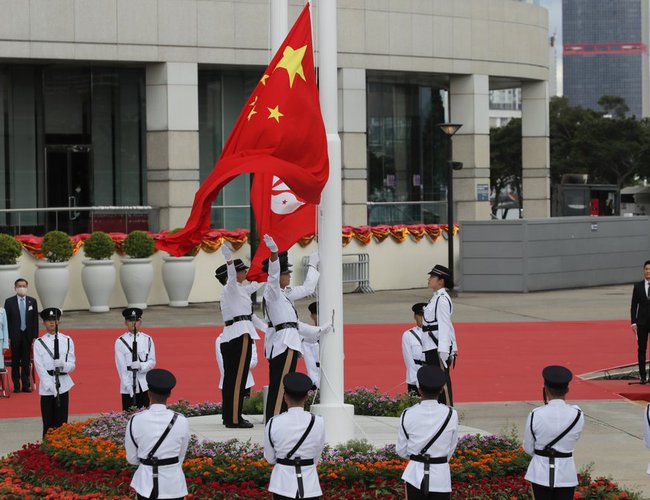 The enactment of China's national security law for Hong Kong has drawn strong criticism from the United States and the European Union.

The National Security Council at the White House issued a statement on Tuesday after China's top legislative body approved the law.

The statement said, "As Beijing now treats Hong Kong as 'One country, One system,' so must the United States." It added, "The US will continue to take strong actions against those who smothered Hong Kong's freedom and autonomy. We urge Beijing to immediately reverse course."

The US has already announced that it will impose visa restrictions on Chinese officials, and also will end controlled defense exports to Hong Kong.

European Council President Charles Michel told reporters on Tuesday that the law risks seriously undermining the high degree of autonomy of Hong Kong and having a detrimental effect on the independence of the judiciary and rule of law.

Hong Kong’s leader strongly endorsed the new security law China’s central government is imposing on the semi-autonomous territory in her speech marking Wednesday’s anniversary of its handover from colonial Britain.

The law directly targets some of the actions of anti-government protesters last year, which included attacks on government offices and police stations, damage to subway stations, and the shutdown of the city’s international airport. Acts of vandalism against government facilities or public transit can be prosecuted as subversion or terrorism, while anyone taking part in activities deemed as secessionist would also be in violation of the new law.

The new national security law further blurs the distinction between the legal systems of semi-autonomous Hong Kong, which maintained aspects of British law after the 1997 handover, and the mainland’s authoritarian Communist Party system.