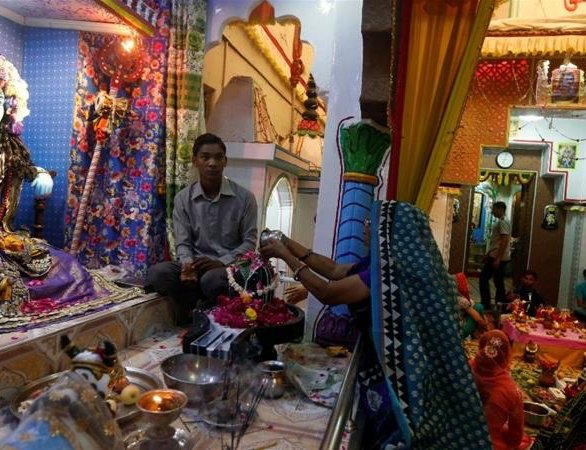 Amnesty International said Pakistan "must protect the right to freedom of religion and belief for the country's beleaguered Hindu community".

"Those who deny a long-marginalised community the right to practise their faith freely not only betray his legacy, but also violate the human rights of religious minorities protected under Pakistan's constitution and its international human rights obligations," said Omar Waraich, head of South Asia at Amnesty International.

Omar Waraich issued a statement following denial of peace of land to Hindus to construct a temple and cremation site to perform their dead in Islamabad.

According to a report in Aljazeera, the majority of the approximately 3.5 million Hindus live in the southern province of Sindh but Islamabad's small Hindu community has long demanded they be provided with a cremation site to perform the last rites of their dead. Hindus are even denied the construction of temple in Islamabad.

A Pakistani court has dismissed a set of petitions seeking a halt to the construction of a Hindu temple in the capital Islamabad, with the matter now referred to the country's Council of Islamic Ideology, government officials say.

According to Aljazeera, the Islamabad High Court ruled on Tuesday that legal objections to the allotment of a 0.2 hectare (0.5 acre) plot of land for the construction of a Hindu temple and cremation site - a long-standing demand of the city's Hindu community - were invalid.

Prime Minister Imran Khan's government has promised that it will safeguard the rights of religious minorities, although sporadic violence against them has continued to occur.

"I want to warn our people that anyone in Pakistan targeting our non-Muslim citizens or their places of worship will be dealt with strictly," Khan said in February. "Our minorities are equal citizens of this country."

Last year, Pakistan gave Indians without-visa access to the Kartarpur gurdwara, one of the holiest sites in Sikhism.

Aljazeera reports that construction of the temple is, however, not assured, a government official said, saying recommendations have now been sought from the country's Council of Islamic Ideology, an independent government body of religious leaders who advise government policy.

Construction of Hindu place of worship still not assured, as government seeks recommendations from religious body.

According to the state-run Associated Press of Pakistan (APP) news agency, the Council of Islamic Ideology will be summoned to rule on the government's request in September.

Bashir said no public funds had so far been allocated for the construction of the temple. The temple's plot of land was allotted in 2017, and handed over to the local Hindu community leadership a year later.

Pakistan, a country of 220 million people, is home to a small minority of Hindus, roughly 1.6 percent as per government statistics.

Pakistan's minorities, including Hindus, Christians and Sikhs, have often been targeted by religious hardliners, with the country's strict blasphemy laws disproportionately applied against religious minorities.