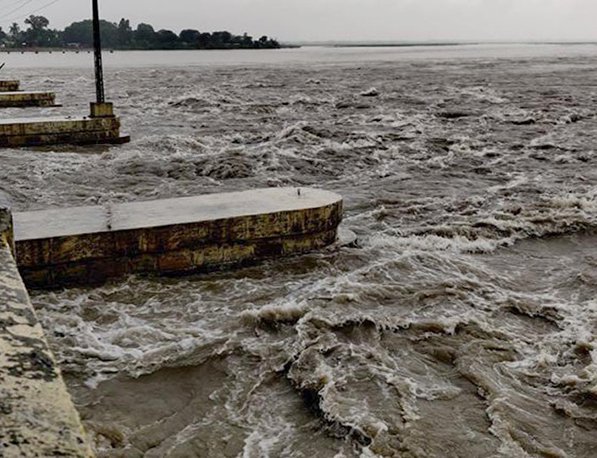 As the water level has increased due to torental rain in upstream hills, the flows of Saptakosi River has increased on Friday reports The Rising Nepal Daily.

56 doors of the Koshi Barrage, 38 have been opened after the water volume in the river increased.The District Police Office have said that the flow of the Koshi river at the barrage was measured at 256,615 cusec Friday morning.

The settlements near Koshi corridor have been asked to stay alert.After the Indian Koshi Project installed plight channel in the middle of Koshi five years ago, the flow of Koshi River was turned to west.

Satish Kumar Singh, Ward Chair of Tilathi Koiladi Rural Municipality, said that locals of ward 1 in the village were at high risk if flooding occured in the Koshi reports The Rising Nepal.