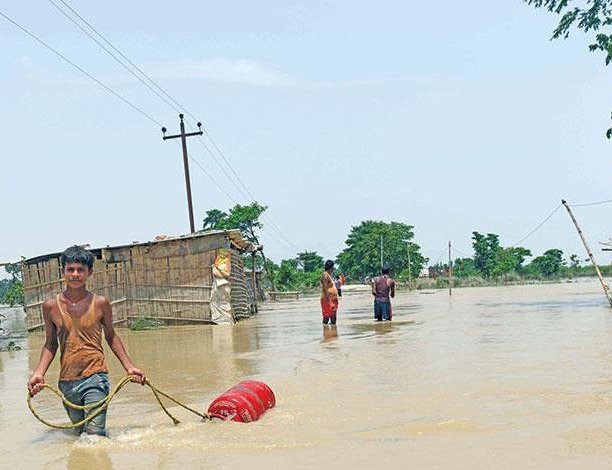 One hundred and fifty-five people have died and 53 people are unaccounted for in the incidents of disaster that occurred in various districts of the country over the last three months, the National Disaster Risk Reduction and Management Authority (NDRRMA) said.

According to Rashtriya Samachar Samiti (RSS), NDRRMA chief executive officer Anil Pokharel said a total of 249 people sustained injuries due to disasters. He added that works related to rescue, relief distribution, search for the missing persons and rehabilitation are going on at present.

The casualties have mainly resulted from floods, landslides, and lightning. The most casualties are caused by flooding reports RSS.

As per the data shared by NDRRMA, 102 people have died and 46 have gone missing in landslide related incidents. A total of 85 people have sustained injuries.

The highest number of incidents of the landslide has taken place after June 13. The monsoon became active since that day.

NDRRMA said a total of 102 people have died, 51 are unaccounted for and 128 have sustained injuries in about one month's period till July 16 since the onset of the monsoon. One hundred people have lost their lives to landslide alone during this period. Three people have been killed in incidents of flooding and 17 have died due to lightning.

It stated that this time many people were killed due to landslide that occurred at hitherto unimagined places. Geologist Shiva Kumar Banskota said flood and landslide incidents have increased due to the haphazard construction of roads, poor management of water sources, the land has become weakened by the earthquake and heavy rainfall occurring at a single area.

Flood In Melamchi, Chanaute Bridge Was Washed Away By Agencies 2 days, 7 hours ago

FLOODS AND LANDSLIDES Monsoon Havoc By A Correspondent 2 weeks ago

Nepal Army Launches Rescue And Relief Operation To Save People From Landslide And flood By NEW SPOTLIGHT ONLINE 3 weeks, 4 days ago

The Death Toll From Monsoon Flood Reaches To 51, 60 Missing And 35 Injured Across Nepal By NEW SPOTLIGHT ONLINE 3 weeks, 4 days ago