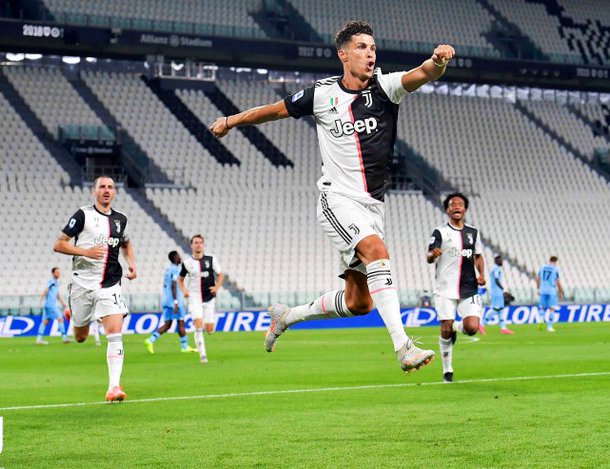 Juventus 2-1 win over Lazio was a record breaking night for the most important win of the season for them.

Cristiano Ronaldo has written himself into the history books once again after the Juventus striker became the first player to score 50 goals in the Premier League, La Liga and Serie A.

The Portuguese's second-half penalty finish against Lazio saw him clock up a half-century of goals in the Italian top-flight since his arrival in Turin, in addition becoming the fastest player to do so since 1995.

In addition, the 35-year-old's converted spot-kick means that he has also equalled Giuseppe Signori's 1994-95 record for penalty goals in a season, with 12 successful conversions from inside the area. 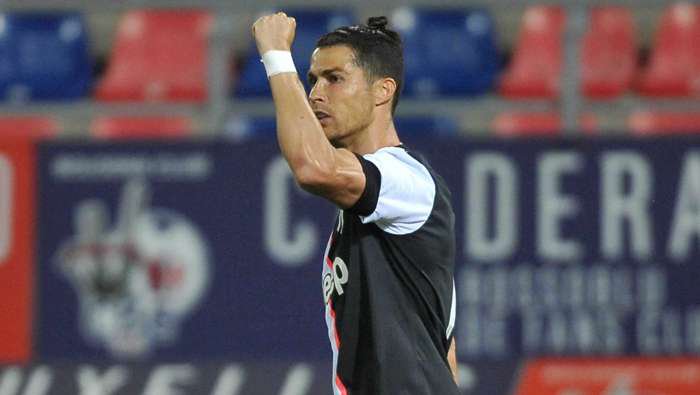 Ronaldo joined Juventus ahead of the 2018-19 campaign following the better part of a decade with Real Madrid, during which period he won virtually every major domestic honour and four Champions League titles.

Before that, he spent six years at Manchester United, where he initially forged his reputation as one of the world's greatest players with a maiden Ballon d'Or win in 2008 following the Red Devils' own European triumphs.

At both clubs, he clocked up an impressive number of goals, with 118 in 292 appearances for United and 450 in 438 games for Madrid - and with his latest haul for the Bianconeri, he has shown that his prowess remains impressively intact even as he approaches the twilight of his career.

At international level, Ronaldo lies one finish short of a century outright, with 99 goals for Portugal across all competitions, with only Iran's Ali Daei having exceeded his prolific total on the global stage.

Juventus are chasing another Serie A crown in what is manager Maurizio Sarri's first campaign at the helm, though Lazio remain one of a handful of sides breathing down their neck across the final weeks of what has been a peculiar season bisected by a global pandemic.

Five months after they were first scheduled to face them in a second-leg encounter at Allianz Stadium, the Bianconeri will look to overturn a 1-0 defeat against Lyon in the Champions League round-of-16 in the coming weeks, as they hope to reach the competition's condensed finale in Lisbon.

USA Secured Top Of The Medal Table In Tokyo Olympic Games By Agencies 1 month, 2 weeks ago