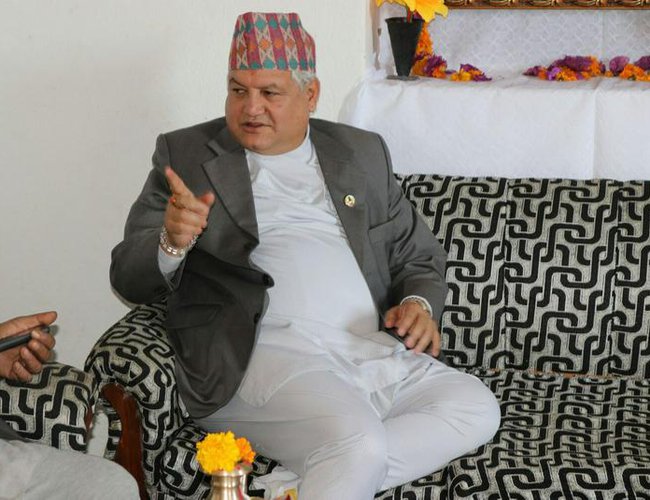 Former minister and General Secretary of Rastriya Prajatantra Party Sunil Bahadur Thapa along with 39 other senior members quit the party expressing their dissatisfaction over the party’s activities.

Thapa, son of former prime minister and political stalwart late Surya Bahadur Thapa, was not happy with the stand taken by the party following the merger.

Those who resigned from the party included Bishnu Bikram Thapa, Baburam Basnet and other central members.

The number of people confirmed infected with the coronavirus worldwide is nearing 16 million.

PM OLI Survival Fight By A Correspondent 1 week ago

NEPALI CONGRESS Unjust Act By A Correspondent 1 week ago

Mandela: The Epitome Of Human Tolerance And Triumph By Mahesh Koirala 3 weeks, 2 days ago

Koteshwor Sealed Off After Detection Of The Cases Of COVID-19 By NEW SPOTLIGHT ONLINE Aug 11, 2020

NEICHU MAYER: Honored With Cause By NEW SPOTLIGHT ONLINE Aug 11, 2020