As a society, it seems like we are reaching rock bottom. People are interdependent, requiring care that responds to their vulnerabilities (hygiene, food, emotional support, upbringing). 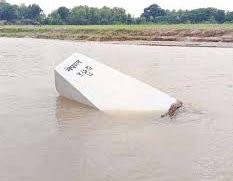 In recent years, the danger of our country collapsing is a matter of concern to many people. You feel that things are out of control and that the world could be about to face an insurmountable crisis. Headlines on natural disasters,pandemic, political instability, the gap between poor and rich and social injustice are the signs of the end of time and end of civilization.

Everything points to the fact that we are in the throes of a collapsing modern society. Due to the enormous growth of the world population and the formulation of the world economy, humanity and the natural environment have evolved towards a socio-ecological system that threatens the planet. As a result, financial crisis and natural disasters are some of the emerging destabilizing evils. Institutions are insufficient to cope with changes, so small-scale organization and the collaboration between small groups, independent of general policy, could be a solution.

We can think of two things: we are going through a genetic determinism to self-destruction as a species and these are some symptoms of the catastrophe, which are already sounding. We possess the famous "free will" in which case there is some form, using intelligence and creative thinking, governed and independent to redirect the aforementioned process and correct it. Now, if this is the latter, why don't we do it all?

Humans and the natural world are on the way to collision. Human activities do much harm, often irreversible, on the environment and on critical natural resource sources. If not checked, many of our current practices are put at serious risk. The future that we wish for human society, the planet and the animal kingdom, may alter the living world so that we are unable to sustain life in the way we know how.

In short, we all live in structures of inequality consubstantial to our civilization simply because they define it. Inequalities in the global scale go from hurtful gender inequality, economic (and political and social) inequality and last but not the least, inequality with nature.

These inequalities mean that, from an emotional and philosophical point of view, the end of our civilization was already foreseen by sensitive artists and philosophers more than a century ago. For a relatively short time (four or five decades) - how long it has taken! - scientific reason joins them with the only advantage of the certainty given by numbers. Well, when one is mentally in the inevitability of the collapse one asks: now what?

I conclude with the solution to which I referred at the beginning.
We must create a single global government, not in the sense of ending the cultures of each region of the planet, which are very respectable and should continue to exist, but in the sense of ending once and for all with the miseries it suffers. The human race face challenges like wars, hunger, illiteracy, diseases, pollution, etc. In this government, all sectors of society should be represented, namely: scientists, economists, religion, politicians, artists, etc. I know this idea may seem more like anutopian society, but it was also utopia to go to the moon or send voyager probes beyond the solar system, and it has been achieved. I firmly believe that if we do not regroup in a global government, we are bound to fail and degenerate, and the entire evolution of 13,700 million years, will have been useless.

We have evolved into a false wealth, based on numbers but that is inflated and has not been backed up properly. We are entering an economic, financial and especially, moral crisis and are not clear what the real priorities are. We tend to give an exaggerated relevance to luxuries, hollow and superficial vanities, and for this, we borrow at whatever costbut then, it is time to question ourselves- for what?

In this century where technology is supposed to bring people closer. We see loneliness at its extreme, crazy people, delinquent children, drug addicts or alcoholics, without parents, worried about them, without communication with their elders, couples prefer to be infidel to talk about problems, prefer divorce than strive to save something as beautiful as a marriage, parents with no time for their children, children raised by television and the internet. As a society, it seems like we are reaching rock bottom. People are interdependent, requiring care that responds to their vulnerabilities (hygiene, food, emotional support, upbringing).

Growth in the capitalist economy can be explained by the increase in human labor, the exploitation of resources and / or productivity.Downfall starts , When justice becomes expensive in a society and the society crosses all the boundaries of mental backwardness.

we do not have the courage to say wrong to wrong and to support the truth, then the journey of our downfall also accelerates.The road to collapse seems inescapable if we do not act now.The collapse is already happening, although we are not very aware of it.

The Sociology Of Flood Management: Learning From Below By Dr. Dhruba Gautam and Pratistha Pyakurel 3 days, 20 hours ago

Here’s How Governments Can Reduce The Impacts Of Asia’s Devastating Flash Floods By Rabindra P. Osti 1 week, 3 days ago

Make In Nepal By Hemang Dixit 1 week, 4 days ago

Delta Variant As Contagious As Chickenpox, May Cause More Severe Infection: Report By Agencies Jul 31, 2021