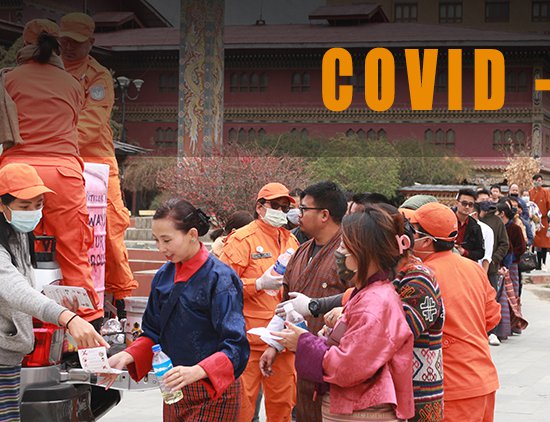 Of the 62 new Covid-19 positive cases detected after the nationwide lockdown on August 11, 48 are employees of Project DANTAK (43) and Indian Military Training Team (IMTRAT).

The highest one-day jump of positive cases was recorded yesterday when 27 new cases were detected from the Project DANTAK cluster in Phuentsholing.

Health Minister Dechen Wangmo on Friday (August 28) shared that 16 DANTAK and five IMTRAT employees (three on the same day from Haa) had contracted the diseases.

Following the detection of the first positive case (at the mini dry port) in Phuentsholing outside the quarantine facility on August 11, this was the first time the health ministry shared that the positive cases in the border town were not all Bhutanese.

Today, Phuentsholing has become the epicenter of the Covid-19 outbreak in the country with 43 people testing positive in the DANTAK camp alone and one at the IMTRAT camp.

The border town was declared a red zone on August 15.

The health minister said that irrespective of the nationality, every individual in Bhutan must abide by the national Covid-19 and lockdown protocols that were in place.Link

He added that the cases from IMTRAT and DANTAK were detected from a particular cluster and individuals there were not “roaming freely”.

However, following the news of the 27 new cases, many took to social media to share their concerns on how strictly the lockdown protocols were enforced on the two organisations.

Many questioned the possibility of contracting the disease within the camps amidst the nationwide lockdown. Some also alleged that DANTAK vehicles were freely moving across the border to Hashimara when Bhutanese were strictly restricted to cross the border after the closure of the gates on March 23.

Even after the nationwide lockdown, people claimed that the DANTAK vehicles were freely plying in Phuentsholing when Bhutanese were confined within the walls of their homes. Kuensel couldn’t get in touch with DANTAK officials.

Many also related the source of the outbreak in Phuentsholing to the unrestricted movement of DANTAK and IMTRAT officials as the RRCO’s mini dry port was located near the DANTAK camp.

A Phuentsholing resident, Kezang said that not many Bhutanese tested positive during the mass testing surveillance conducted in the town. “But there are many from DANTAK,” he said. “I have also seen DANTAK people delivering food for their people quarantined in the hotels. How was that even allowed?”

Some of the concerns were shared on social media in July.

Residents of Bangyena village in Haa that shares a boundary with the IMTRAT campus shared that IMTRAT officials continued with construction works even after the nationwide lockdown came into force.

A resident said that only after three IMTRAT employees tested positive, the work stopped. Residents are concerned as one of the two men and the woman who tested positive resides near the settlement.

An elderly from the village said that even after they tested positive, the couple was still at their home. “They should be in an isolation ward in the hospital,” he said.

Bangyena-Kipri-Takchu tshogpa, Tshering, said that the people were raising concern as the couple resided right next to the gewog centre road and only a fence separated the village from the camp.

However, he said that IMTRAT officials monitored the couple on a daily basis.

Prior to the lockdown, people from the village and IMTRAT campus engaged in small businesses such as selling milk and vegetables. The villagers usually collected animal feed (leftover food) from the camp.

Tshogpa Tshering said the movement of people and trade was stopped following the nationwide lockdown. With the possibility of farmers entering the IMTRAT campus with their cattle, he said that he patrolled the area regularly.

Given the close proximity of the village to the Covid-19 active zone, the tshogpa said that 50 people from the village would undergo testing today to rule out the presence of transmission in the village.

He said that the oldest, youngest and those who had regular contact with IMTRAT officials before the lockdown would undergo the test.

The Bhutan Telecom office in Haa is also located within the self-containment zone. About 18 people from the area will also be tested.

Meanwhile, Kuensel learned that the 16 DANTAK employees who had tested positive to the virus earlier had migrated to India.

According to sources, DANTAK employees entering the country after the closure of the gates were quarantined for 21 days in India. Health officials from Bhutan used to test the individuals before they entered the country.