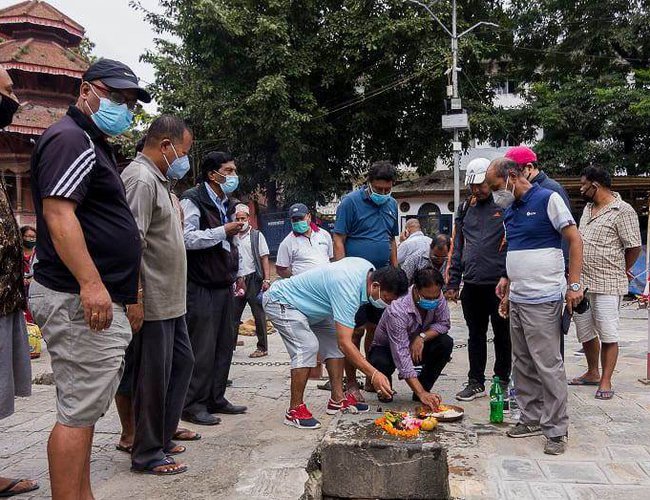 For the first time since its origin, community with the request from the government has decided to observe Indrajatra Festival limiting to the temples this year to prevent the possibility of spread of COVID-19.

Chairman of Indrajatra Management Committee Gautam Ratna Shakya said tht they have decided to observe the festival limiting it to the temple respecting the decision of the government. “We will perform all the rituals and practices within the temple,” said Shakya.

Living Goddess Kumari being carried on a palanquin during the Indra Jatra festival in Kathmandu, Nepal.

Living Goddess Kumari takes a peek out of the window of one of the historical sites in Kathmandu Durbar Square, Nepal.