Having personally knew ins and outs of Nepali politics and political leaders, former President Pranab Mukherjee visited Nepal several times in different capacities. Personally he has high regards to the culture and religion of Nepal 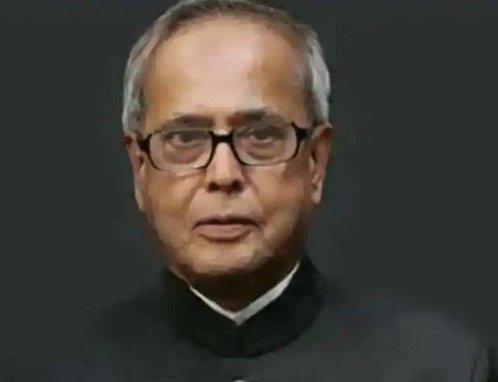 Former President Pranab Mukherjee, who died on Monday, August 31, has left his mark in India’s political space and Nepali politics as well. Mukherjee passed away at the Army’s Research and Referral Hospital where he was admitted after a fall at his home. At the hospital, he also tested positive for Covid-19.

Mukherjee’s death marks the end of an era in the Indian National Congress; he was among the last of the Congress leaders to have worked closely with Indira Gandhi. He also dealt with different political systems in Nepal. His last decision on Nepal has admirer and critics.

However, Mukharjee spiritually and individually remains a good friend of Nepal.

“Kathmandu is not only the political capital of Nepal but also a spiritual center for the people in the region, “wrote former President of India late Pranab Mukherjee in the visitor's book during his state visit to Nepal in 2016.

His words written in the Kathmandu Metropolitan City’s visitor book in 2016 reflected his own personal feeling about Nepal in his mind. This sentence written in the visitor’s book spoke volumes about his personal attachment to Nepal as well.

Although there are admirer and critics on his political actions in Nepal, he was a very soft-spoken and cultured politician in India and respected leaders of the Indian National Congress.

Dealing with three political systems absolute unitary Hindu Monarchy, constitutional monarchy and federal, secular republic and three political generations in Nepal, former president of India late Mukharjee was one of the senior politicians and statesmen in India who knows ins and outs of Nepali politics.

Although the implementation of the Maoist agenda in Nepal started to execute during the BJP government led by late Atal Bihari Bajpayee in 2000, late Mukharjee as a foreign minister finalized it as per the design of Indian bureaucracy and intelligence-led by then foreign secretary Shyam Sharan.

Hari Sharma, who worked as a private secretary of Girija Prasad Koirala and principal political advisor for the first president Dr. Ram Baran Yadav, has described late Mukharjee as an architect of giving up of Indian policy of two pillars constitutional monarchy and multi-party democracy of Nepal. In his article in BBC Nepali Service, Sharma described the late Mukharjee to bring Maoist in the Nepalese mainstream.

Having served in the state in different capacities, Sharma, a political analyst, might have informed the report. Giving up a two-pillar policy in Nepal began in BJP’s rule in 1999-2004. Numbers of scholarly articles and information are there to show how Nepali Maoist got strong backing from the Indian establishment including defense minister late George Fernandez and Prime Minister late Vajpayee’s national security advisor late Brajesh Mishra as well.

Although the leader of RPP Kamal Thapa and Sharma stand in two opposite sites, both hold the same view regarding the role of the late Mukharjee. Thapa in his tweet expresses sincere condolence on the demise of President Mukharjee. However, Thapa blamed him for initiating the micro-management in Nepali politics supporting to establish republic, federalism and secularism in Nepal.

Interestingly, an advocate of the Hindu state Thapa voted for the present constitution which institutionalized the Maoist agenda republic, federalism and secularism in 2015 voting in Constituent Assembly.

Late Mukharjee also exposed Maoist in later accepting the role of India in overthrowing the monarchy. “Should have been allowed to lead INC as prime minister and party chief but Family Feudalism denied him the honor. In Nepal, he will be remembered for admitting on Aljazeera that India overthrew Nepal's monarchy and erased Nepal's Hindu identity by using BRB-PKD Maoists,” tweeted Dipak Gyawali

Late Mukharjee dealt with the same Nepali political leaders who changed their brand from absolute monarchists to constitutional monarchy and republican. He knew Kings, politicians and bureaucrats.

Being a devout Hindu, the late Mukharjee, who paid several visits to Nepal during his political carrier, always visited Pashupatinath temple and other Hindu shrines in Nepal showing his inner faith.

This was the reason Mukharjee has paid an official visit to Nepal in 2016 just after Nepal-India relations reached at the lowest point in November 2016. He was the first president of India to pay state visits in the gap of 18 years.

He describes his visit to Nepal as a 'pilgrimage'. The President said India deeply values its historical and traditionally close relations with Nepal.

"I am particularly happy to visit this holy city once again. Needless to say, Kathmandu has expanded greatly since my last visit. I congratulate the Kathmandu Metropolitan City Office for their unfailing dedication in managing and maintaining this rapidly growing city - despite the inevitable challenges," he wrote.

"Thousands of our citizens visit Nepal in search of solace at the holy temple of Pashupatinath and Muktinath. Similarly, people from Nepal visit Varanasi in the North and Rameshwaram in the South in search of spiritual inspiration," he said.

Mukherjee started his visit then offering prayers at the historical Pashupatinath Temple. He performed a special puja called 'Rudrabhisekh', which included bathing the Shiva Linga with 'panchamrit', consisting of milk, curd, honey, sugar and ghee, and lighting 1 lakh cotton lamps or 'lakh batti' at the holy Hindu shrine.

Incumbent President of Nepal Bidhya Devi Bhandari who welcomed Mukharjee during his state visit to Nepal in 2016 said Nepal has lost a good friend.

Prime Minister KP Sharma Oli also condoled the demise of Pranab Mukharjee as the loss of a great friend.

"I am deeply saddened by the news of passing away of former President of India HE Pranab Mukharjee. Heartfelt condolences to the government and people of India as well as the bereaved family members," PM Oli tweeted on Monday evening.

"In his demise, Nepal has lost a great friend. We remember his contributions in strengthening Nepal-India relations in different capacities of his public life," Prime Minister Oli added.

Nepali Congress leader and former prime minister Sher Bahadur Deuba tweets,” I am pained by the tragic news of the passing away of Shree Pranab Mukherjee, former President of the Republic of India. He was a visionary leader & a true friend of Nepal. His legacy as a wise politician will live on. My deepest condolences to his family &t he bereaved people of India

Pranab Mukharjee also played a role to broker a peace deal between the then warring Maoist and the Government of Nepal. Pashupati Sumsher Rana expressed his heartfelt condolence on the passing of former Indian President Pranab Mukherjee. “We stand with the people of India in this time of grief, loss of a seasoned politician and statesman,’ tweets.

Dr. Baburam Bhattarai twitted Shocked to learn the passing away of Shri Pranab Mukherjee, Former President of India. He was a great friend of Nepal and a seasoned statesman of South Asia.

People have their own version. The demise of former president late Mukharjee is a great loss to Nepal as Neal does not have such a high stature friend like late Mukharjee in New Delhi now.

NC CONVENTION Newcomers Era By A Correspondent 1 week, 1 day ago