Machhenarayan Fair Cancelled Due To COVID-19

Machhenarayan Fair Cancelled Due To COVID-19 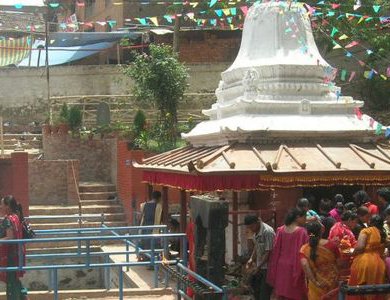 The COVID-19 has taken its heavy toll on religiousand cultural practices of Kathmandu valley – a peculiar place for celebrating remarkableindigenous fairs and festivals evolved during the reign of the Malla Kings reports RSS.

Among others, the popular Machhenarayan fair which annually takes placeat Chandragiri municipality-9 in the southern suburb of Kathmandu has been putoff this year due to coronavirus fear.

The concept of Adhik Maas is unique to the traditional Hindu lunarcalendars.

It is taken to be the most accurate method to adjust the gapbetween Solar and Lunar years. The extra lunar month (Adhik Maas) this year willbegin on 18 September through 16 October. Chandragiri municipality mayor Ghanashyam Giri told RSS that the -Machhenarayanfair which gathers thousands of revelers has been put off so as to protect peoplefrom abrupt transmission of the coronavirus in Kathmandu Valley.

The municipality has publicly informed that the fair has been adjournedthis year to avoid crowds so as to save the lives of people from coronavirusinfection.

It is widely believed that the Lord Vishnu took his first incarnationin the holy place as Machhenarayan, however the government has not paid muchattention to the development of the peculiar area, said Ram Shrestha, a local reports RSS.

Shravan Sankranti 2021: Months Of Shiva And Month Of Festival By NEW SPOTLIGHT ONLINE 2 weeks ago