Only 10 Percent Of Total Employees In Nepal’s Hydropower Sector Are Women: IFC 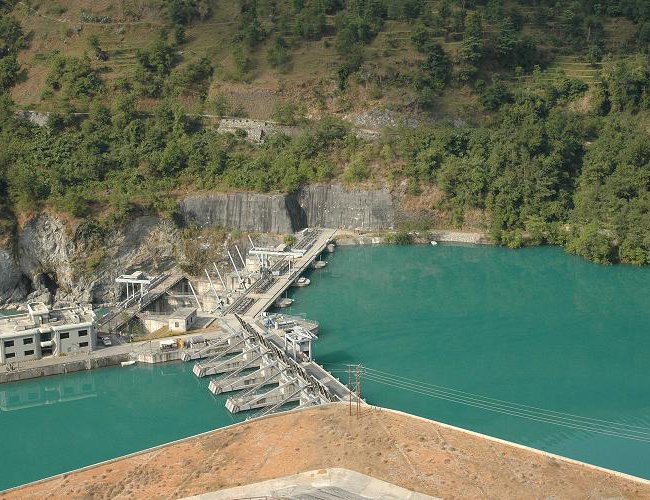 Kathmandu, Nepal, September 22, 2020— Companies and women in Nepal would stand to benefit if greater action was taken to improve women’s participation and contribution in the hydropower sector.

That’s a key finding of a new study by IFC, a member of the World Bank Group, which calls for companies to adopt gender sensitive policies and practices to attract more women into working in the hydropower sector – a key national priority.

According to a report, at present from a study of 20 companies, only 10 per cent of total employees in Nepal’s hydropower sector are women, and very few of those employed are in leadership positions, included in corporate boards or occupy non-traditional roles in the industry

“Women make up more than half of Nepal’s population, yet the study reveals only 10 percent of all employees in the country’s hydropower sector are women,” said Wendy Werner, IFC Country Manager for Nepal, Bangladesh and Bhutan. “Companies need to seize the opportunity to embark on more gender-sensitive and family-friendly policies to help boost staff productivity and attract and retain talent which will ultimately boost their businesses.”

The study of 20 companies is part of the Powered by Women initiative—a time-bound commitment by companies to build the business case for improved gender equality and diversity in renewable energy companies in Nepal.

“We recognize the need to make conscious efforts to increase the number of women in power sector. Our organization has already taken a forward step by making women participation in the executive committee mandatory,” said Ashish Garg, Vice President of Independent Power Producers’ Association of Nepal. “By partnering with IFC on this important initiative we are committing to championing this cause.”

The report recommends that companies need to develop and enforce gender-sensitive policies, including mechanisms to address cases of bullying, sexual harassment, abuse and exploitation.

More tailored programs to support professional development opportunities for women, such as more robust recruiting efforts directed at women’s advancement into leadership positions and targets for diversity in board representation, are also encouraged. Meanwhile, at the community level, the report urges increased support from companies to women-led businesses, including improving their access to finance, and efforts to train women in non-traditional roles within the sector.

The study – spearheaded by IFC’s Hydro Environmental and Social Advisory team in partnership with the governments of Australia, Norway and Japan –shows very few of those employed are in leadership positions, included in corporate boards or occupy non-traditional roles in the hydropower sector.

“Despite the considerable scope for women to take up non-traditional roles in the hydropower sector, we found that most companies in Nepal have not yet initiated adequate efforts to realize this,” said Kate Lazarus, Asia Environment and Social Governance Team Leader for IFC. “While some companies, particularly those led by women entrepreneurs, do show willingness in this regard, there are still challenges in transforming that intent into action on the ground.”

Gender stereotyping, remoteness of hydropower project sites and a lack of women in science, technology, engineering, and math education have been identified as key constraints for women’s participation in this sector. Concerns around initial investment costs and uncertainty over whether there will be a pay off in the short- to medium-term were also inhibiting factors, according to the study.

Nepal ranks 105 out of 149 countries on the Global Gender Gap Index 2018 conducted by the World Economic Forum, indicating that there is still a critical need to focus on gender equality across various spheres.

The study was conducted between 2019 and 2020. Over two dozen executives and almost 250 employees working in 20 companies within Nepal’s hydropower industry contributed to the research.

The reports says that various constraints continue to impede women’s entrance into this traditionally male-dominated sector – gender stereotyping, lack of gender-sensitive policies and practices, remoteness of hydropower project sites and a general lack of women in science, technology, engineering, and math education

Adopting targeted and tailored interventions to advance gender diversity and equality have demonstrated net positive impacts in terms of business growth, efficiency and sustainability around the world.

It also shows that at the corporate level, companies are recommended to: adopt policies to improve gender equality and equal treatment for all staff, create more career development opportunities targeted at women, build awareness on gender bias and set targets for diversity in board representation and leadership.

According to the report, these corporate policies should also extend to the project level, where more gender specialists and female staff should be deployed to the field, more emphasis on collection of gender-aggregated data, and investment in opportunities for women to develop skills in non-traditional roles.

Bangladesh Is Ready To Buy Electricity Generated In Nepal: Ambassador Chowdhury By Agencies 3 hours, 11 minutes ago