Yagya Prasad Acharya Is No More

Yagya Prasad Acharya Is No More 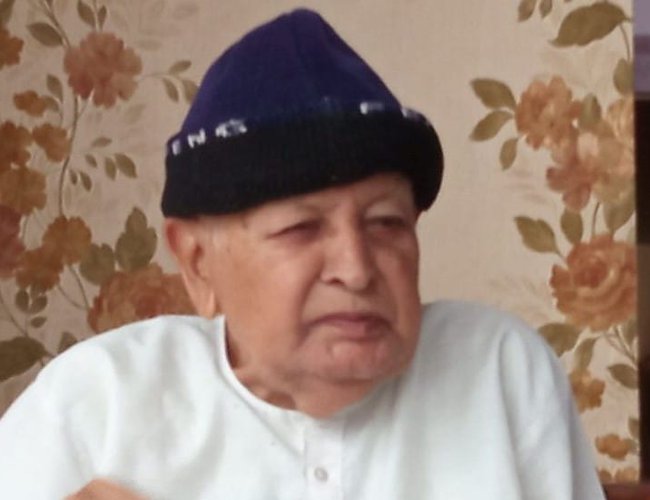 Veteran politician, literature and member of dissolved Rajsabha Samiti Yagya Prasad Acharya dies today at early in the morning. Late Acharya, who started his political carrier as a leader of the Nepal Communist Party, also served various positions in the Panchayat system.

According to late Acharya’s son Suresh Acharya, he dies at Norvic Hospital while undergoing treatment. Late Acharya suffered from kidney and heart-related ailment.

He has remained an icon of Nepali politics for his honesty and frankness. Along with publishing the poem, he has recently published his autobiography.

'Yagya Dai led a dignified life since his Dharan days to the end of his life in Kathmandu. I am reminded of one incident associated with him in Dharan. In 2021 BS, we students led a popular protest against the authorities,in support of the right to establish Free Students Union. Local government and Police intervened. Local mass supported the student's cause. Ultimately, the then SP MB Rai n his police force was forced back to the SP office in Phushre.. While retreating, SP Rai took out his pistol angrily and pointed towards the mass saying the WWII veteran is not afraid of stone-throwing. Yagya Dai, an elected Nagar Panchayat ward member, resented and warned him in a loud voice ”KHABARDAR “..... Rai unwillingly put back his pistol ...... Thus, Yagya Dai being a Pancha , helped avoid bloodshed. ...." writes former ambassador Rajeshwor Acharya in his Facebook.

He was later active in politics during the party-less Panchayat political system after 2019 BS. Acharya stayed away from party politics after the restoration of multi-party system in 2046 BS and rather chose to independently support the nationalist movement.

Acharya had played significant role in the formation of the Akhil Bharat Nepali Vidhyarthi Federation (All India Nepali Student Federation) and Youth Association affiliated to the Communist Party of Nepal in 2012/13 BS. He was the founder of the Federation and the president of Nepali Students Association at the Kashi Hindu University in India.

Also the member of then Raj Parishad (Privy Council of the King) standing committee, Acharya has contributed to the promotion of Nepali language, journalism, social service and literature.

Acharya was elected to the post of mayor of Dharan municipality for three times since 2016 BS. Electricity was distributed in Dharan by establishing Community Power House under his leadership for the first time in Nepal.

Acharya’s three collections of stories, a book on Nepal’s foreign policy and autobiography ‘Je Dekhein, Je Bhogein (What I Saw, What I Experienced)’ have been published.

Acharya is also the first person to pass the matriculation equivalent to the School Leaving Certificate (SLC) and MA degree from Dharan.

Niranjan Koirala Is No More By A Correspondent 1 year, 5 months ago

In Memory Of Dr. Sukhdev Shah By Ambika P. Adhikari 1 year, 8 months ago