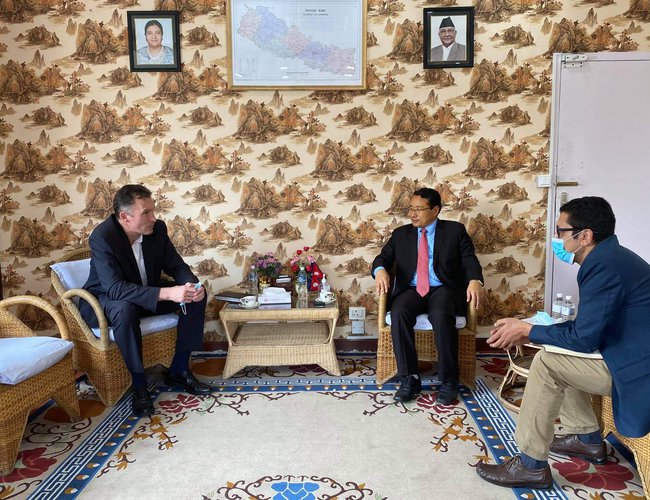 Fortescue Metals Group Ltd, a West Australian company and a global leader in the iron ore industry, has shown interest to invest in Nepal’s hydropower sector. According to a press release issued by the Ministry of Energy, Water Resources and Irrigation, the company has expressed its willingness to construct a power project with 500 MW capacities.

Having experience in the development of world-class infrastructure and mining assets in the Pilbara, Western Australia, and the company has recently submitted a proposal at the Ministry to construct a hydropower project with a capacity of 500 MW to consume for itself.

According to a press release, the ministry and company have already conducted a virtual meeting in this regard.

Minister of Energy, Water Resources and Energy Barshaman Pun Ananta said that the Nepal government is very positive on the proposal.

Talking with the Australian ambassador to Nepal Peter Budd at the ministry, Minister Pun said that Nepal Government will facilitate bringing big Australian Investment in Nepal.

Minister Pun said that his team is eagerly waiting to welcome Australian investors since their proposal is very attractive. He said that the Nepali side will brief the Australian team project details and offer a possible project for their investment.

He also thanked the Australian government for supporting the energy sector and other development sectors in Nepal.