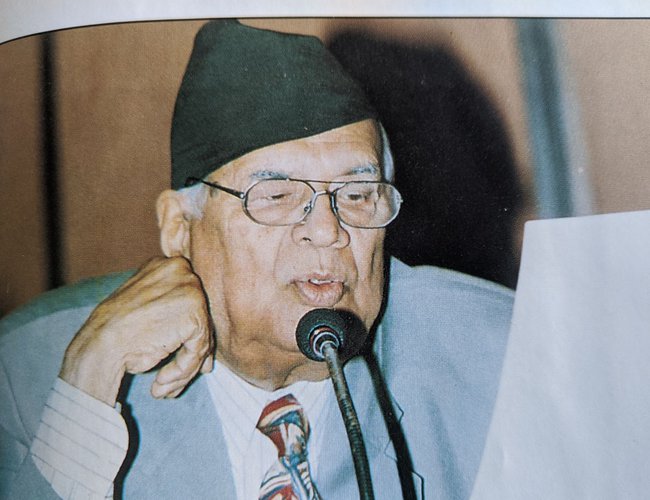 Former bureaucrat, diplomat and journalist Madhav Kumar Rimal, the last common Nepali to interview late King Birendra at Narayanhiti Royal Palace before the massacre, passed away at the age of 96.

Although he interviewed late King Birendra for almost two hours on the evening of June 1, 2001, he published a small book based on his meeting with late King Birendra 2063 Shivaratri. The name of the book is The Fateful Interview. The interview was taken during the period of the monarchy but the book published following the declaration of Nepal as a Republic.

“It is more than five years, I wrote this memoir of my meeting with King Birendra for the last time. It was exactly 8:15 in the evening that day when King said to me,” Madhav, I have to go to dinner now. I will have to meet you again soon. So, wait for my call.” His ebullience that evening was even infectious. I too was so buoyed up after the ninety-minute meeting with King that I would not have believed even if fate himself had told me that Birendra was going to die in about half an hour. So, when I was awakened from my deep sleep at 11:30 pm by a telephone call that conveyed the saddest news of my life to me.”

Explaining why it took a long time to publish the book, Rimal writes, “one might ask” why then it took such a long time for me to publish the book?” Well, well, I can only say “circumstances beyond my control.” Because. When King Gyanendra met me a few months after he ascended the throne, he asked me what I had discussed with his dead brother that fateful evening. I briefly told him what had transpired between me and King Birendra…. He commanded me not to publish the book without showing it to him.” 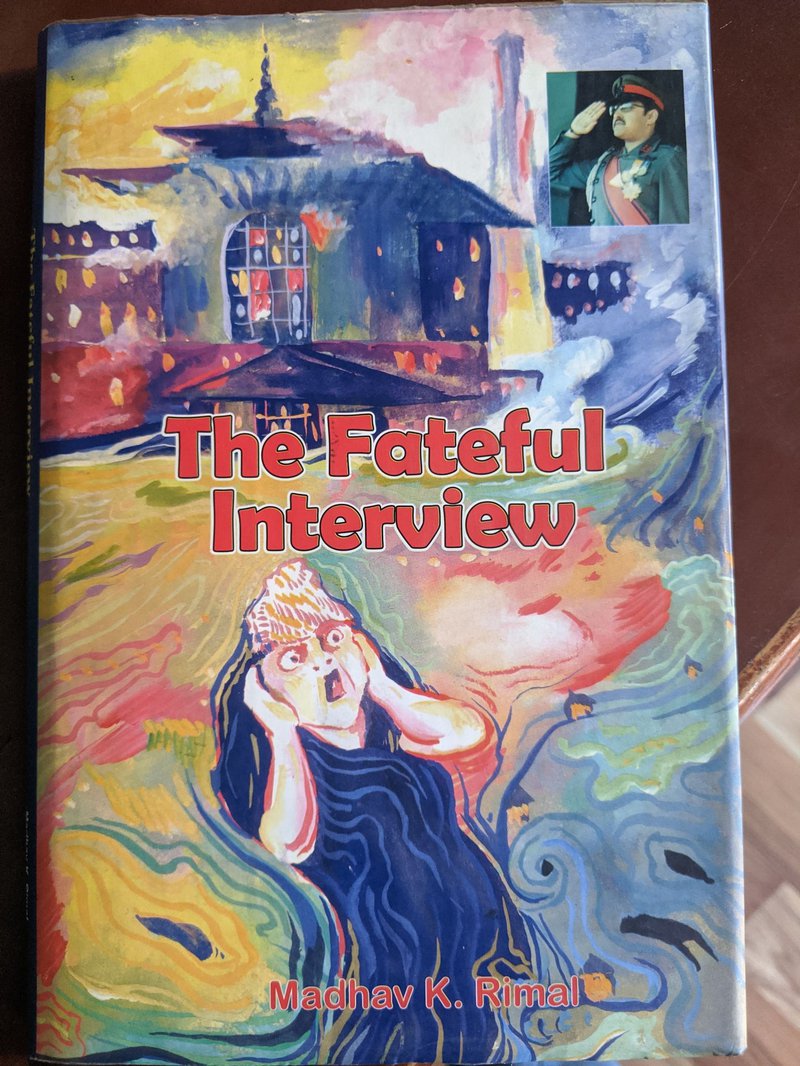 Born on July 7, 1924, late Rimal worked for the government for 31 years, he was the publisher and chief editor of Spotlight, National News Magazine for 23 years before it was shut down.

“It will be a gross injustice and travesty of truth to define Rimal as simply a journalist that was only his last job as he founded the Spotlight news magazine n served as its Editor-in-chief for a decade. Rimal served in various Ministries n also served in districts. We were once welcomed by him as Joint Zonal Commissioner of the Koshi zone when we had just joined the service in the late seventies. He was in foreign service for almost a decade n was our last Consul-General to Dhaka in the then East Pakistan”, writes former foreign secretary Madan Bhattarai in his Facebook wall,” writes Madan Bhattarai, former foreign secretary in his Facebook wall.

“He was a prolific writer and took pride in conducting interviews with top people. He has left a published account of the last interview given by King Birendra just before the ghastly palace massacre of June 1, 2001. For many years, he was also President of the Nepal-Pakistan Friendship Association. A person of charm, grace and hospitality with a penchant to call the spade a spade, he had a wonderful memory of people, events and situations that he faced during his long years.

Our long association with the veteran diplomat, senior administrator, prolific writer and a seasoned journalist rolled into one in the equally dominating physical persona of Rimal showed that he was one of the most energetic persons we have ever met. Always ahead of his time and approach, he once told us that he unknowingly became a victim of the family in the sense that both his father Thakur Nath Rimal and his maternal side, Dixit's, wished to keep him in check.

A good friend of Shailendra Kumar Upadhyaya as both their mothers were daughters of the Dixit family, Rimal sir used to love us like anything. He leaves behind five children who are like our family members.

SHINZO ABE A Legacy Ends In Japan By A Correspondent 6 months, 1 week ago

Niranjan Koirala Is No More By A Correspondent 2 years ago