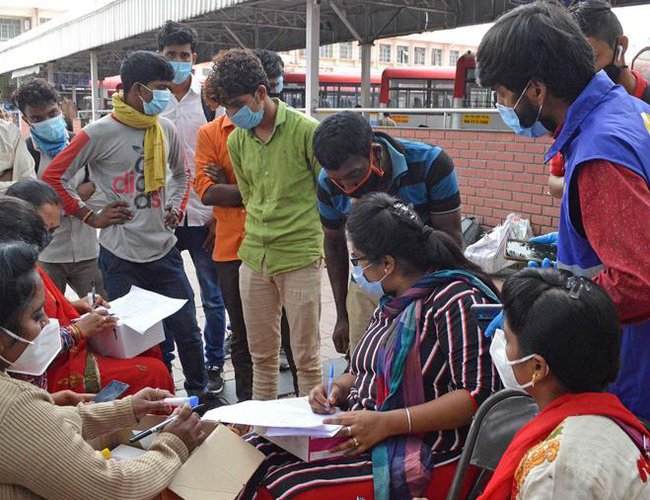 According to the country's health ministry, the constant increase in recoveries has ensured the reduction in actual caseload.

"The national Recovery Rate has touched 90 percent today," the ministry said. "This achievement is matched by the downward spiral fall of the total active cases, which are maintained below the 700,000 mark for the third successive day."

Meanwhile, the number of recovered patients has overtaken active cases by more than 11 times.

"Successful implementation of test, track and treat strategy along with timely and appropriate treatment has led to the consistent slide in the fatality rate. The national case fatality rate (CFR) has fallen to 1.50 percent today," the ministry said.

Confirmed COVID-19 cases have surpassed 42.7 million globally, with over 1.1 million fatalities and more than 28.8 million recoveries, according to the latest tally from Johns Hopkins University.

The Chinese mainland reported 15 new cases from overseas on Saturday.

Spanish Prime Minister Pedro Sanchez on Sunday declared a second nationwide state of emergency amid a resurgence in coronavirus infections.

The U.S. has registered over 224,000 deaths and more than 8.5 million infections – both the highest in the world.

Marc Short, the chief of staff to U.S. Vice President Mike Pence, has tested positive for the new coronavirus. Pence and his wife Karen have tested negative.

Colombia on Saturday became the latest country to surpass the one million mark of COVID-19 infections. Currently, eight countries have over one million cases, according to Johns Hopkins University.

A surge in COVID-19 cases led to the U.S reaching a record number of daily infections for a second day running on Saturday, with nearly 89,000 new cases. So far, the virus has claimed more than 224,000 American lives.

Joe Biden, his Democratic opponent in the upcoming polls, has repeatedly criticized Trump's handling of the health crisis.

U.S. infectious disease expert Anthony Fauci said on Sunday that it would be clear whether a COVID-19 vaccine was safe and effective by early December but that more widespread vaccination would not be likely until later in 2021.

"We will know whether a vaccine is safe and effective by the end of November, the beginning of December," Fauci told the BBC.

Spanish Prime Minister Pedro Sánchez on Sunday declared a second nationwide state of emergency amid a resurgence in coronavirus infections.

Sánchez said that his government will impose a 15-day nationwide curfew. Regions across Spain, except in the Canary Islands, will be subject to a curfew at night from 11:00 p.m. until 6:00 a.m.